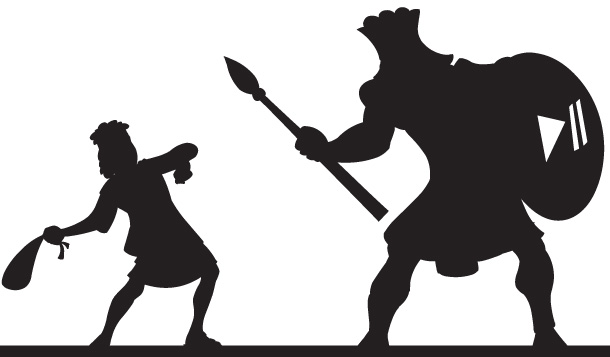 When the Melon streaming service started in 2004, few thought listeners should be billed for listening to music online. Today, more than six in 10 Koreans pay to enjoy music services, according to a Korea Creative Content Agency (Kocca) report published January.

Over the past decade, the business has changed little. Melon has always been the market leader, and the rolling list of trending songs is considered a barometer of the public’s taste in music. Although invisible to the user, the compensation system diverts most money to top artists, leaving little for smaller acts.

But “fake streaming” in recent years raises questions about the trending chart. It is seen as vulnerable to hoarding, or sajaegi, to distort ranks. Making the list is not just a matter of pride. Ranking within the top 20 generates more clicks, more streaming and hence higher profits and bargaining power for appearing in music shows and concerts.

A major incident that brought the sajaegi issue into public spotlight took place in April 2018. That month, all eyes were on which big K-pop stars, like Twice, Winner and Exo, would take the top spot on the charts. Instead, a low-profile singer named Nilo suddenly rose to top the No. 1 spot on Melon at dawn on April 12 - a time when the number of users generally falls.

Accusations were made but never confirmed, and music service providers are denying the system’s weakness.

As users lose faith in music streaming services, newcomers to the game are introducing features to challenge the old system and win hearts of domestic music consumers. 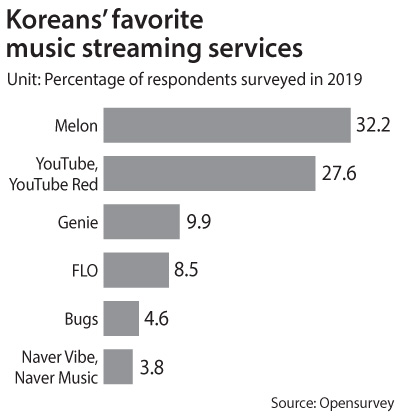 Early 2000s was a time when Korea’s internet users were still focused on peer-to-peer file sharing services. Not all music files were high quality in terms of sound, but those concerns were outweighed by the benefit of accessing music free of charge. But artists suffered as CD sales plummeted and their hard work circulated as free commodity.

Melon was a pioneer in a sense that it established a paid system for consuming music online.

Behind its growth was the advent of high-speed internet and smartphones that boosted streaming over downloading. For the last decade, Melon has never lost its grip as the No. 1 music service provider in the country.

The service is facing threats from multiple directions. It was hit with criticism last year in regards to the sajaegi controversy when unfamiliar artists started taking up top ranks of its rolling chart of trending songs, pushing down K-pop idols with a global fan base. Accusation by prosecutors that the company had illegally claimed copyright fees between 2009 and 2014 also plagued its image.

In terms of market share, Melon still has 40 percent. But local surveys are showing a decline little by little as domestic and global competitors rush in with aggressive marketing strategies. According to Korean Click, the leader had 6 million monthly active users in February, down from its 2019 peak of 6.8 million in June.

An executive from a competing company says that Melon’s business model was built on an agreement with artists developed in the early 2000s. They agreed to a compensation system that benefits the service provider and would result in low fees. But he said Melon failed to evolve and respond as the artists requested more transparency in compensation and as it faced accusations of fake streaming.

Melon said that it is aware of the problems and is seeking to respond by upgrading technology and the service’s system.

Challenging the status quo are latecomers to the music streaming scene.

Naver’s Vibe - the fifth largest among domestic services - announced earlier this month that it would implement a new compensation model through the first half. Simply put, the new “user centric” system will ensure that user fees are delivered to the artists.

A widely employed payment system - which is also used by Spotify and Apple - is the “pro-rata” model. Total payments to the platform are distributed to the artists proportional to their percentage of overall streaming volume.

The user-centric alternative is not a completely new concept, especially in Europe. France’s Deezer started a project to partly adopt this new model earlier this year.

“From a platform service provider’s perspective, pro-rata is a reasonable system that compensates artists proportional to the number of times a song is played. But from the artist’s point of view, the structure doesn’t compensate them based on the size of their listener base,” Naver explained in a statement.

Because the number of plays determines revenue, critics have claimed the model encourages sajaegi, where marketing companies buy proxy accounts and play songs all day long to boost figures.

According to Naver, it received a positive response from around 300 of 350 music distributors that hold rights to individual artists.

Naver’s expectation is that only companies that were engaging in fake streaming will see falls in revenue.

Korea Music Copyright Association said that it is not yet in talks with Naver and noted that the current system has been agreed to by the industry. It added that it needs the approval of the Ministry of Culture, Sports and Tourism to apply a different model for Vibe.

Current guidelines from the Ministry of Culture, Sports and Tourism mention the pro-rata model as the norm. But the ministry says Naver applying a different compensation model won’t be a problem as long as it seeks agreement of stakeholders and receives the approval.

Another challenger is Flo, run by Dreamus Company; it is a consolidated subsidiary of SK Telecom, which started Melon in 2004.

The service joined the competition late in 2018 but rapidly expanded by offering personalized suggestions. Flo currently ranks as the third most popular service offered by a domestic operator.

On March 19, Flo announced that it would abolish the old rolling list of trending songs that used to be updated by the hour and introduce a new chart that lists songs on a 24-hour basis. This doesn’t mean the chart will be updated once a day, but that the listing will be based on data of the previous 24 hours.

Real-time updates, which are used by every other music streaming service, do not accurately represent what the public is actually listening to, Dreamus claims. SK Telecom will use technology to detect unusual user patterns to prevent fake streaming attempts.

“Entering the chart brings a bandwagon effect. In other words, ranking within the top 20 once can keep the song pretty high up on the list for some time. This makes it hard to detect the [unusual] temporary patterns,” said Dreamus CEO Lee Ki-young.

Flo was also the first service that allowed users to block the chart from the service’s main page. Seventy-five of Flo’s users choose to do so, Lee said.

“I believe the various customer requirements to service providers like us - block fake streams or erase the chart for good - are essentially based on a common need that’s asking for us to help discover a wider variety of music and enable artists to reach out to more listeners,” he added.

“In essence, Flo’s efforts are all in line with an aim to offer such a platform. I believe these attempts will eventually create a motive for other industry players to change.”

In a similar move, the service is also preparing to reform a section in its main page for newly released albums. Instead of relying on a single algorithm, Flo will curate the box according to each user’s music preference, increasing the level of personalization of its landing page.

Will the experiment succeed?

Music critics and academics view this movement in a positive light. Flo and Vibe may not be dominant players, but nonetheless their activities raise questions about an old system where leaders were not very motivated to change.

“Big players with stable market shares are unlikely to think that there’s a problem with the current system. So will distributors that are linked to major management companies. Copyright associations are linked to various stakeholders of all sizes, so they’re most likely to follow the dominant opinion,” said Lee Sang-woo, professor at Yonsei University’s Graduate School of Information.

For a “fair” compensation system to be established industry-wide, Lee added there needs to be “social recognition” of the need for a healthy ecosystem where a wider range of artists, apart from top tier celebrities with massive fan bases, can be compensated for their work and that there needs be a system that reflects this belief.

Culture critic Kim Heon-sik said the efforts are a strategy for brand value. If they succeed in convincing users to agree to the cause, they may be able to win customers in the long run. In other words, whether the experiment works ultimately depends on market forces.

“We’ll see how the latecomers will perform in terms of embracing users by tackling old issues - whether Flo’s personalization or Vibe’s campaign for a fair compensation system will work better,” said Kim.

“In the end, it’s not about who comes up with the smartest solution that best solves the problem; Every platform business is ultimately about taking away a dominant position in the competition - the service that takes away more users will guide change.”