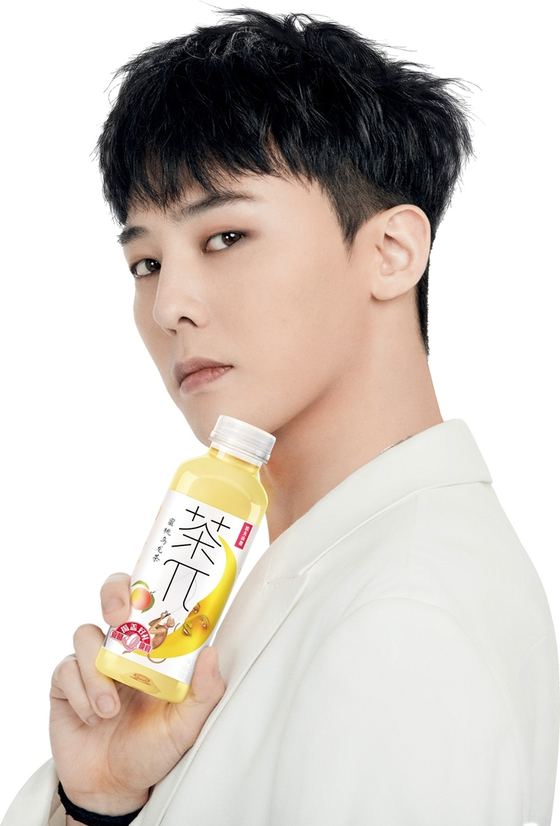 
“This is the first time since 2016 that a Chinese company has openly advertised its goods through a Hallyu [Korean Wave] star,” YG Entertainment said in a statement.

Korea-China relations faltered over Korea’s decision to install a U.S.-led antimissile defense system on Korea’s soil in July 2016. Economic retaliation from China followed the decision, and industries in Korea, including K-pop and tourism, took a major hit.

“Some Korean celebrities and artists have starred in advertisements in China since 2016, but many of them were related to Korean companies in China or international brands,” the agency said.

Clips of the advertisement and posters featuring G-Dragon and Nongfu Spring’s drink Cha Pi can be found on Weibo and on large-screen advertisement boards throughout China.

Video completion suggests Big Bang will soon be back