‘Gag Concert’ may be on the chopping block, but show’s producers deny reports

‘Gag Concert’ may be on the chopping block, but show’s producers deny reports 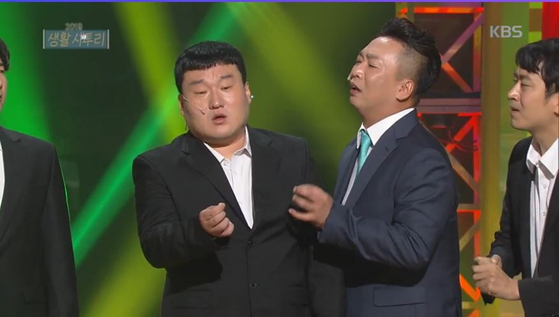 A scene from 1010th episode of "Gag Concert" on KBS. It is the longest-running comedy show in Korea. [KBS]


The long-running KBS comedy show “Gag Concert” may be on the brink of disappearing, but the show’s staff has denied reports saying so.


According a report published by the Munhwa Ilbo on Wednesday morning, the show will soon be “disappearing into history.” An insider at the public broadcaster told the press that it has been tentatively decided that the show’s last recording will be held on May 20.

However, officials from the show refuted the report the following afternoon saying that “nothing has been decided yet.”

However, as reality shows began to gain popularity in the 2010s, live comedy shows began to lose their appeal. After 20 years of airing on Sunday night - a time that people usually spend at home watching television - the show was moved to Saturdays in December and then to Friday nights last month. The show’s viewership ratings fell to as low as 2 percent on Friday evenings.

Woori Bank's long-term credit rating raised to A by Fitch