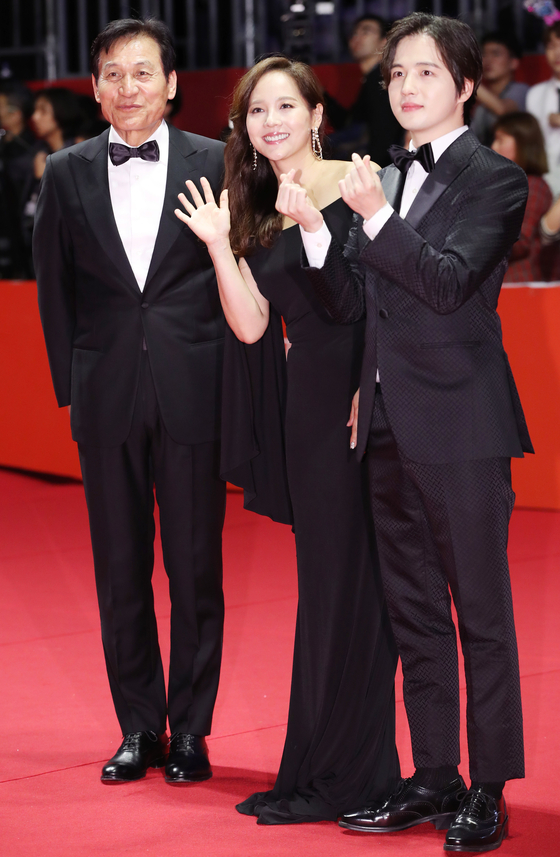 From left, actors Ahn Sung-ki, Eugene and Kim Hye-seong of the film "Paper Flower" walk the red carpet at the opening of the 24th Busan International Film Festival (BIFF) on Oct. 3. [YONHAP]

Ahn became the first Korean actor to receive an award at the film fest.

“Ahn was able to provide a very nuanced yet profound portrayal of his character’s deepest feelings with great clarity, empathy and dignity,” the judges evaluated.

“Paper Flower” centers on a mortician (played by Ahn) who regains the hope to live on while taking care of his son who has been paralyzed from the waist down.

The WorldFest-Houston International Film Festival is currently the only film event in the United States to be hosted after the coronavirus pandemic hit the country. For safety reasons, the festival was conducted entirely online.