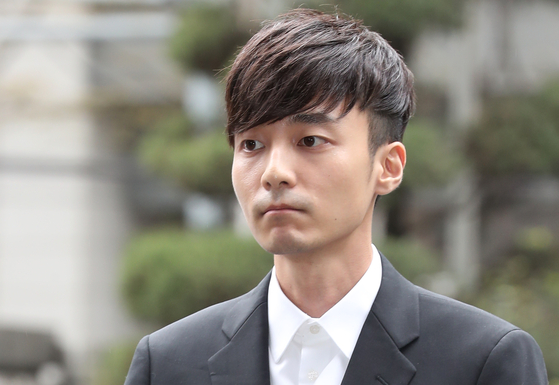 Singer Roy Kim will be enlisted in June to start his military duty. [ILGAN SPORTS]

Singer Roy Kim will start his mandatory military service next month. He applied to join the Marine Corps in March, according to Stone Music Entertainment. It has been reported that he has been planning to apply to the Marines for quite a long time and shared his idea with his acquaintances. He will start on June 15 at a training center in Pohang, North Gyeongsang.

The singer started making his name as a TV personality taking part in the survival audition program “Superstar K4” on cable channel Mnet in 2012. He made an official debut with his first song “Spring Spring Spring” the following year and continued on releasing songs while in university in the United States.

Last year, he was investigated by the police as he was accused of sharing an obscene material while chatting with others, and he stopped making any appearances as a singer. His actions surfaced as fellow singer Jung Joon-young was accused of sharing illegally filmed videos in group chats. The police suspended their investigation of Kim in February. The singer then apologized on this fan page, saying he is sorry for hurting the people he loves.