Distributors hope to revive box office by pushing out blockbusters 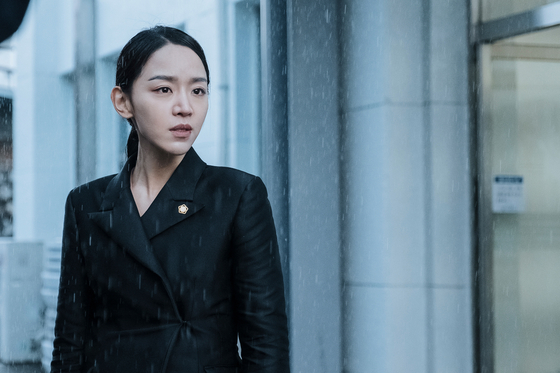 "Innocence,"featuring actors Shin Hye-sun, above, and Bae Jong-ok, is set to premiere on May 27. Shin portrays an elite lawyer Jung-in attempting to proveher mother's innocence from a murder case. [KIDARI ENTERTAINMENT] 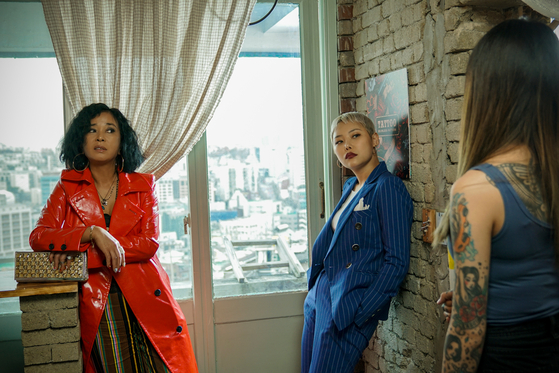 "JazzyMisfits" is set for release on May 27. The film is rapper Cheetah's movie debut. [TRIPLE PICTURES] 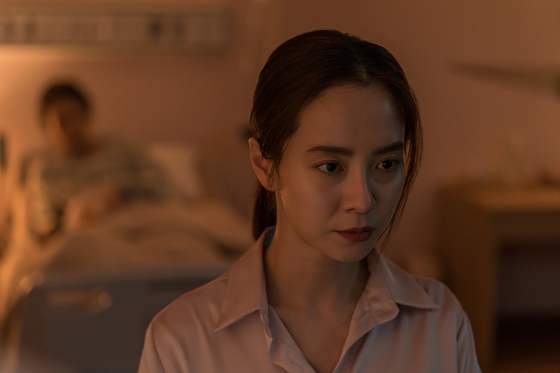 Mysterythriller "Intruder," featuring Song Ji-hyo, above, and Kim Moo-yul, will be released on June 4. The film was initially scheduled for premiere on May 21, but the film's distributors pushed back the date after a rise in coronavirus infections connected to central Seoul's Itaewon-dong neighborhood broke out last week. [ACEMAKER MOVIEWORKS]


Although the latest outbreak of coronavirus infections connected to central Seoul’s Itaewon-dong neighborhood may ruin the film industry’s chances of recuperation, film distribution companies are starting to check their calendars for the right time to release their movies.

As local premieres of Hollywood blockbusters have been put to a stop due to the pandemic, local films are weighing their options, hoping to find the perfect timing to release their long-overdue films that won’t clash with the competitions.

Three mid-scale films have finalized their releases earlier this month. “Innocence” and “Jazzy Misfits” will arrive in theaters on May 27. Both feature a slew of veterans and an actor making their debut as well. In "Innocence," Shin Hye-sun portrays an elite lawyer Jung-in trying to prove her mother’s innocence after she is accused of murder. “Jazzy Misfits” also depicts a mother-daughter relationship but takes on a much lighter tone. The film is also rapper Cheetah’s movie debut. The film is about a mother (played by Jo Min-su) and a daughter (played by Cheetah) working together to chase the youngest member of their family who ran off with their money.

Mystery thriller “Intruder” was initially set to premiere on May 21, making it the first commercial film to be released since the outbreak of the pandemic earlier this year. However, film organizers on Tuesday postponed the release date by two weeks due to the recent rise of new infections. Featuring actors Song Ji-hyo and Kim Moo-yul, the movie tells the story of a widower named Seo-jin (played by Kim) having trouble accepting his younger sister Yoo-jin (played by Song) into his family when she returns after being missing for 25 years. However, once Yoo-jin starts to feel like a part of the family again, strange things begin to happen.

Film distributors are eager to release their big-budget films at the right time so that they can make their money back through ticket sales. To make a profit, CJ Entertainment's upcoming film “Tomb" (translated), which is scheduled for release later this year, needs to sell more than 2.5 million tickets at local theaters. With the current daily box office sales hovering in the hundreds of thousands, the company is still deliberating over when to release the film. CJ is also considering when to release its crime action film “Save Us from the Evil” (translated) starring Hwang Jung-min, Lee Jung-jae and Park Jung-min in July, and the musical drama “Hero" in August, which will portray the respected independent activist Ahn Jung-geun's final year of life.

Two of the most highly anticipated blockbusters of the year are expected to arrive this summer, and film companies are banking on the pandemic to be under control by then so that they can rejuvenate local movie theaters. From as early as February, Next Entertainment World has been promoting the zombie blockbuster “Peninsula” featuring actors Kang Dong-won and Lee Jung-hyun and many industry insiders predicted that it would be one of the year's biggest releases at the beginning of the year. The highly-anticipated sci-fi blockbuster “Seungriho" (translated) is also set to premiere this summer, and the film's first trailer was released last week.

With the slew of new films heading to theaters soon, industry experts say that a revival of that local box office is highly likely. However, as big-budget blockbusters line up to be released, insiders also worry about going back to the industry’s old ways of screen monopolization.

“[Audiences] cannot abandon cinemas forever, and it’s likely that box office sales recover,” film critic Kim Hyung-seok says. “But as more people wait for these films, the current situation may justify a monopolization of movie screens nationwide, which may even be more aggravated than before as theaters attempt to open up more screens to attract audiences.

“Over the past couple of months, although box office sales have remained low, theaters have been showing a variety of films, from classic favorites to independent works [due to lack of new releases]. Personally, it was as if the cinemas were holding their very own film fests, [and that quality] may soon disappear as soon as commercial films start to premiere.”

Instead of showing major releases on all of their screens, Kim proposes that theaters come up with alternative solutions that result in a win-win situation for all.

“Theaters could postpone the holdback period so that films can be screened in cinemas for a longer period of time, giving people plenty of time to see the films they want to,” Kim said. “If theaters come up with a proper manual, there’s no reason not to follow it.”