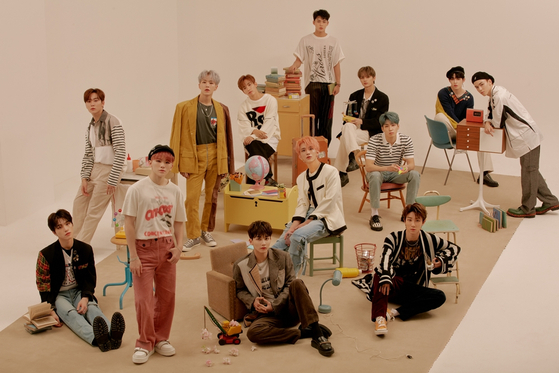 Boy group Seventeen’s second Japanese single “Fallin’ Flower” sold over 500,000 copies in Japan, according to the Recording Industry Association of Japan on Friday. The group is the first foreign boy band to have sold over 250,000 copies of a new album twice in a row in Japan.