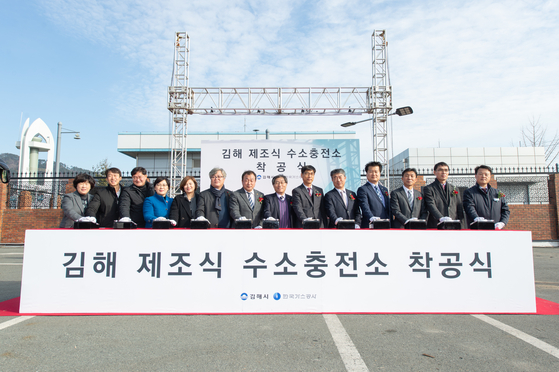 
Korea Gas Corporation (Kogas) is making an effort to prepare for the upcoming era of hydrogen economy. Since producing hydrogen through natural gas reforming is known to be the ideal way, Kogas hopes to become the leader in this new era with its 4,908 kilometer (3,050 mile) long gas pipelines and 411 supply management centers across the nation.

Kogas announced the “Hydrogen business master plan” in April last year to play a key role in encouraging hydrogen related businesses and eventually enable Korea to become one of the leaders in the global hydrogen industry. A total of 4.7 trillion won ($3.8 billion) will be invested by 2030 to promote the whole process of producing, supplying and distributing hydrogen in the industry and vitalize the hydrogen economy.

Kogas has also managed to change its in-house regulations to better deal with the new hydrogen era. The company’s regulations were revised to add hydrogen business to its business portfolio and restructure the organization to actively promote related businesses.

Kogas wants to strive to establish infrastructure for the hydrogen economy. In 2019, along with 13 hydrogen related companies, the state-run natural gas company launched a special purpose company called Hynet. Through this, the company plans to build 100 hydrogen chargers by 2022. In January 2020, a groundbreaking ceremony was held for a hydrogen station in Gimhae, South Gyeongsang, the construction of which is set to be finished this year before operations begin next year. Along with this, new hydrogen stations will be built in Gwangju and Changwon, South Gyeongsang, as well and begin producing hydrogen in late 2022.

In addition, Kogas is focusing on developing suitable technology in terms of hydrogen businesses. About 300 billion won will be invested by 2030 to accomplish independence in hydrogen technology in its entire value chain by establishing a step-by-step technology road map. A safety system similar to that of advanced countries will be also established to lead global standards in terms of safety in the hydrogen industry.

“We will do our best to help Korea to be the leader in the new hydrogen era” said Chae Hee-bong, CEO of the Kogas. “Kogas will cooperate with many companies to successfully create a suitable environment for the hydrogen industry and focus on the safety issues as well to be a key player in the shift to new hydrogen-based alternative energy.”

Hydrogen to be tested as home gas fuel