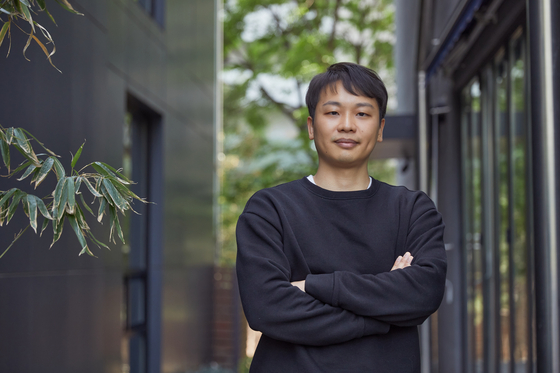 Writer Gin Han-sai, the creator of ’Extracurricular" on Netflix. [NETFLIX]


While the “Nth room” scandal left the public dumbfounded after it was uncovered because of the cruelty of the crimes committed by the minors who were involved, the Netflix original series “Extracurricular” shocked viewers not only for its gruesomeness, but at how close to reality the story has turned out to be.


The creator behind the story is 34-year-old rookie writer Gin Han-sai, who made his debut with the 2017 web drama series “Irish Uppercut.” His relative youth is not surprising, because it doesn’t take years of experience to come up with a gripping story. But many have been surprised to learn that the writer is the son of famed writer Song Ji-na, who penned a series of mega popular period dramas including the SBS hit “Sandglass” (1995), MBC’s “Years of Upheaval” (1991), “The Legend” (2007), and most recently, “The King in Love” (2017).

The writer cannot deny that his mother was an influence on his choice of profession.

“I think one of the merits of having a parent in the broadcast business was that I encountered motion pictures earlier than others,” Gin said in an email interview with the press. “When I was really young, VHS players weren’t as popular as people thought they were. I can’t remember how many times I watched Disney’s short animated films and Steven Spielberg’s ‘Jurassic Park.’ But I’ve watched them to the point where some scenes disappeared from the films all together because the videotapes were so tattered. My favorite scene [from ‘Jurassic Park’], where the velociraptor jumps up to the kitchen counter, also disappeared with it.”

When he was in his 20s, Gin took writing lessons from his mother, and after he served his mandatory military service, he worked under Song as an assistant writer, picking up bits of knowledge from the veteran writer.

The motive behind the sensational “Extracurricular,” however, came from his own teen experience.

“While I was in high school in New Zealand, I saw a kid selling cigarettes to his friends, and [at the moment] I felt that their world was different from mine, even though we were all in high school,” Gin said. “I couldn’t grasp the weight, the motive to earn money all while committing a crime. And if they don’t get caught, then does that make it alright?”

He remembered this moment in his past when he was reading a newspaper article about a teen who was voluntarily involved in organized crime.

“Even though the answer to the question may be obvious, I wanted to give a serious answer, in my own way, to the question of why committing a crime is wrong,” Gin said. “This [motive] also connects to why I chose prostitution out of all the crimes I could have picked. To give an in-depth answer to such a fundamental question, I thought I should touch upon a subject that’s painful and uncomfortable in society. In a way, ‘Extracurricular’ is a story that rubs salt into the wound. 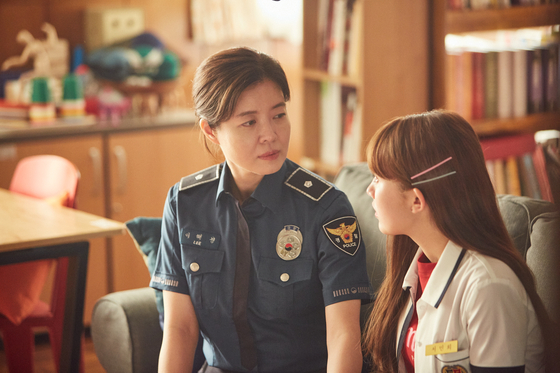 Left, a police detective Hye-kyung (played by Kim Yeo-jin) tries to help Min-hee (played by Jung Da-bin), who is involved in prostitution. [NETFLIX]


“Minors and crimes are two things that should always stay parallel, but they still touch sometimes, and I still believe that we need to look at this painful side as well,” Gin explained. “The truth that we seek may be within this intolerable discord instead of a beautiful harmony [that we gravitate to].”

Unlike other stories about teen crimes, the adults in “Extracurricular” try to reach out a helping hand, although they always seem to be too late. This situation often plays out in real life, as the public wonders what the roles of adults in the midst of horrifying atrocities such as the Nth room scandal and other digital sex crimes were.

Gin believes that adults haven’t been completely ignorant of young people’s suffering though.

“Of course, adults don’t yet have one, satisfying answer to these problems, but an endless stream of discussions and conversations may be able to bring us the strength to [come up with a solution],” Gin said. “But in order to recognize that such problems exist, we need to look into them first, no matter how uncomfortable it can be.”

When asked whether or not he felt sympathy toward his characters, Gin said that keeping them at a distance was one of the hardest things about writing the script. 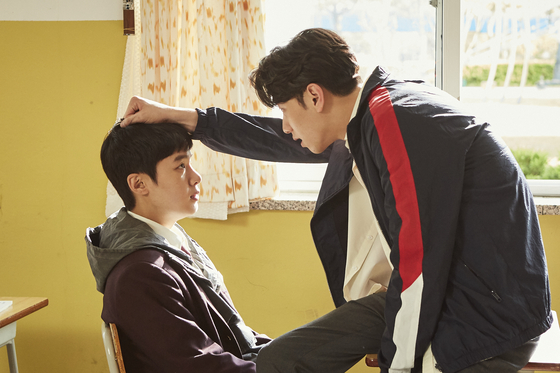 
“Even though I did [feel sympathy], I would objectify my feelings [towards them] as to not to glamorize or romanticize the crimes,” Gin said. “But I still wanted them to be the protagonists because, in order to understand the essence of the crime, it wouldn’t be proper to simply ‘otherize’ the aggressors. But I did try to keep an objective tone and balance throughout the 10 episodes.”

The open ending of the first season left viewers speculating whether or not there will be a second season. While the show’s actors have all inadvertently promised to appear in the next season, Gin remains unsure.

“I would love to give a straightforward yes or no, but I’m still deliberating how to work this out,” Gin said.

“Although it’s still in the beginning process, what I can tell you about my next project with Studio 329 [the film production company] is that it will be centered around adults who are at an age where they can no longer be considered young. They’re leading ordinary lives when all of a sudden, one day, they are entangled in a weird case.”