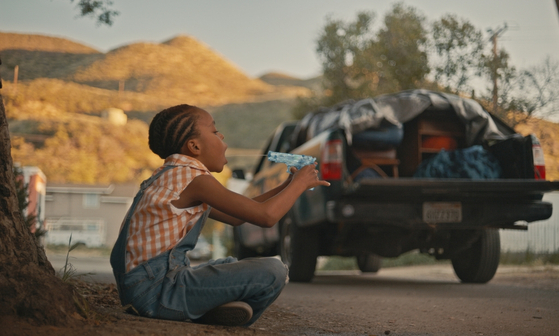 A scene from the short film "Furthest From." Actor Amanda Christine plays 8-year-old Jessie who has to say goodbye to everything that she knows while living in the trailer park. [KYUNG SOK KIM]


The prize is the top award for the Children's and Youth Film Competition.

Director Kim is only the second Korean to win an award at the prestigious film festival. Director Kwon Ha-youn’s animated short film “489 Years” received an award at the 62nd event in 2016.

Set in California during the late 1990s, the 18-minute-film is centered around an 8-year-old named Jessie living in a trailer park dealing with the sorrow of saying goodbye to everything and everyone she has known after water contamination forces the residents to evacuate. Actor Amanda Christine plays Jessie.

The film is Kim’s graduation project film for his master’s degree from the American Film Institute.

“Furthest From” also took home the Silver Remi Award at the 53rd WorldFest-Houston International Film Festival and the Jury Prize from the 50th USA Film Festival.