The city of Incheon Thursday effectively ordered all coin noraebang — booth-type singing rooms — to shut down for the next two weeks as health officials scramble to contain a sub-cluster of infections surrounding a cram school instructor who partied in Itaewon early this month.

The 25-year-old instructor in Michuhol District, Incheon, is part of a larger cluster stemming from bars and clubs in Itaewon-dong, central Seoul. He got infected after visiting King Club and another unidentified bar in Itaewon on May 2 and 3, around the same time that one of the initial spreaders of the disease in the Itaewon cluster went to five clubs and bars, including King Club.

The instructor lied to epidemiologists when he came down with symptoms of Covid-19, claiming he was “unemployed,” delaying contact tracing of his students and their acquaintances. They spread the disease in their local communities, including at coin noraebang joints, where people go to sing alone or in pairs. Customers there are normally charged by the number of songs, rather than by the hour as in a standard noraebang.

Coin noraebang are normally unmanned, which, in the time of the coronavirus pandemic, means they are less likely to be sanitized between customers. 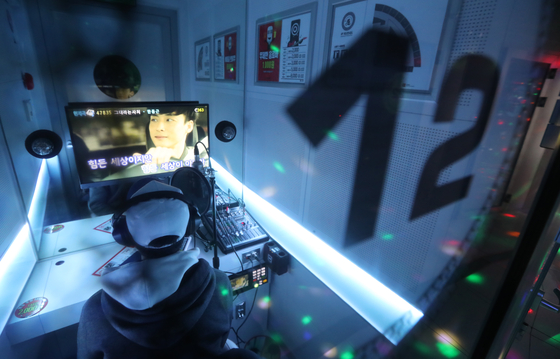 Officials in Incheon announced Thursday that all 178 coin noraebang stores in the city have been slapped with a so-called congregation ban, which acts as an operation ban because it prohibits people and customers from gathering. The ban is valid until June 3.

On a similar note, Incheon officials said people under the age of 19 will be banned from visiting the city’s standard 2,362 noraebang during the same period, which would affect high school students and under.

The number of infections traced to the Itaewon cluster reached 206 by Thursday noon, up by 10 from Wednesday noon. All 10 cases were people who contracted the disease from acquaintances who partied in Itaewon, rather than actually going to the neighborhood themselves.

The number of Covid-19 cases traced specifically to the Incheon hagwon (private cram school) instructor rose to 30 as of Thursday, up by three from the previous day.

Among the latest cases connected to the hagwon instructor was a family of three in Bucheon, Gyeonggi, including a 1-year-old daughter.

Bucheon officials said they believe the family got infected at a buffet restaurant in the city on May 10 when the parents threw their newborn her first birthday party. At that party was a 49-year-old taxi driver from Incheon who freelances as a photographer. The parents hired him to take photos of their party.

The driver was diagnosed with Covid-19 on Tuesday after he and his 17-year-old son visited Top Coin Noraebang on the second floor of the Vision Plaza building in Michuhol District, Incheon, earlier this month. That same coin noraebang was previously visited by a 17-year-old high school student who contracted the coronavirus after attending the hagwon instructor’s class. 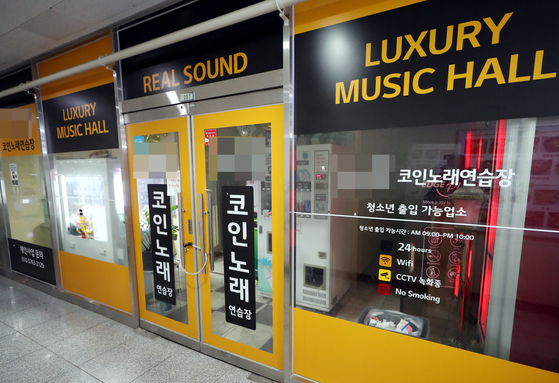 Top Coin Noraebang in Michuhol District, Incheon, is seen closed Tuesday after several visitors came down with the coronavirus. [YONHAP]

A Covid-19 hot spot at Samsung Medical Center (SMC) in Gangnam District, southern Seoul, also grew by a single case Thursday, bringing total infections there to six. Seoul health officials identified the latest case as a friend of one of the four nurses at SMC who contracted Covid-19.

More than 1,400 people with supposed links to the SMC hot spot have been tested so far, including SMC medical professionals, patients and their guardians, but among those who received their results, no other person has been infected, officials said.

The first friend lives in Seosan, South Chungcheong, and the second in Anyang, Gyeonggi.

Na mentioned that the nurse and two friends visited a bar and noraebang in Gangnam on May 9, three days after the first case in the Itaewon cluster rose. No links have been found between the SMC hot spot and Itaewon cluster yet, and health officials said the nurses testified they hadn’t been to Itaewon lately.

As high school seniors began going to school Wednesday for the first time since the pandemic, some schools were forced to shut down after reporting cases of the coronavirus among their students.

Daegu Agricultural Meister High School was one such school when a student from Gumi, North Gyeongsang, who entered the school’s dorm on Tuesday tested positive Thursday shortly before the first class was to begin. All students were told to go home, and those living in the dorm were put through self-quarantine. 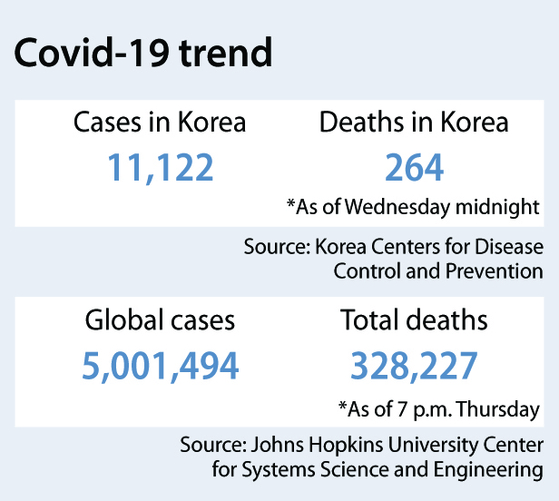 Korea added 12 new cases Wednesday, two of which were imported, bringing the country’s total case load to 11,122. By Wednesday midnight, 264 people had died, up by one from the day before, while 10,135 people have been declared fully recovered, up by 69 from the previous day.