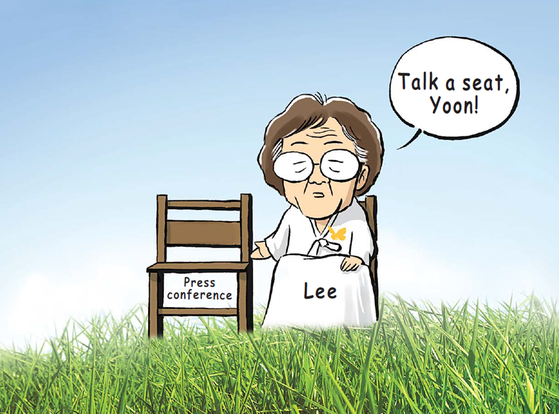 Lee Yong-soo, a 91-year-old survivor of Japan’s wartime sexual slavery, threatened to make public details of the alleged misuse of public donations by Yoon Mee-hyang, former head of the Korean Council for Justice and Remembrance for the Issue of Military Sexual Slavery by Japan, a civic group aimed at helping former sex slaves, in a press conference on Monday.