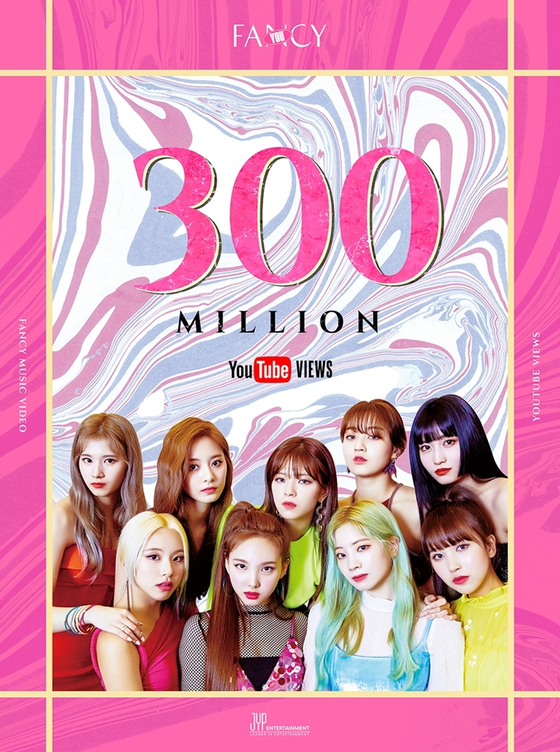 
A week before their return to the music industry with their upcoming EP “More & More” on June 1, girl group Twice added another title track to their list of music videos that hit the threshold of 300 million views on Saturday morning.

Their agency JYP Entertainment reported that the group’s music video “Fancy,” which was released in April 2019, surpassed 300 million views at approximately 1 a.m. Saturday.

Twice was also the first K-pop girl group to successively surpass 200 million views on 12 of its music videos.