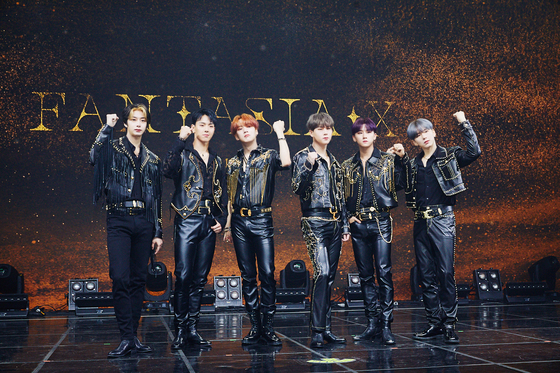 Monsta X poses before meeting with the press through an online showcase on Tuesday afternoon. [STARSHIP ENTERTAINMENT]

Monsta X is known for its powerful music style, but the word versatility might be a better option to describe the boy band. The members not only agree, but say versatility is what defines them as well as the whole K-pop scene.

Boy band Monsta X held its showcase for its new EP "Fantasia X" on Tuesday afternoon through an online streaming session due to the coronavirus pandemic. Not only was the EP the first release to come in seven months, but it was also the first new Korean music to come after the band dropped its first English album "All About Luv" in February this year.

"Our Korean albums are known to be very powerful and energetic," said I.M. "But with the American album, we went for a softer, more pop-like vibe. This is because we don't limit ourselves to one specific genre. We wanted to show that we're able to pull off a variety of genres and sport a broad musical range."

"Defining K-pop as one thing is difficult," said Minhyuk, "because I think the very charm of K-pop is that it changes its color according to the genre and era that it lives in. That change is the identity of K-pop." 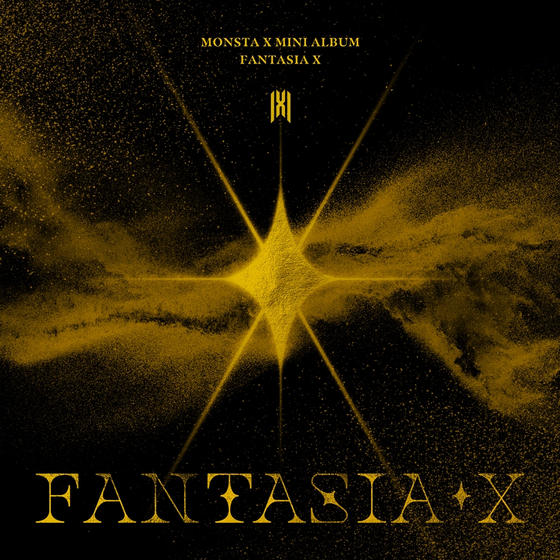 
Such musical diversity is also evident in "Fantasia X," especially with the lead track "Fantasia."

According to the members of Monsta X, "Fantasia" is a song that crosses genres and form, and, while it's different from its past hits, it also carries the signature Monsta X touch.

True to their words, "Fantasia" is a mash-up of K-pop, electronic and rock, finished off with the group's iconic choreography.

"The song is a message that we will not be bound, and we will pave our own path freely," said Kihyun. "That's the color of Monsta X, I think."

Minhyuk added, "It's all about showing our sexy and free side at the same time." 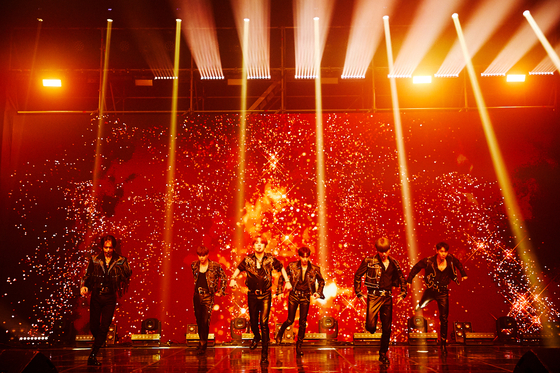 Members also participated in penning three of the songs on the seven-track EP, showing off their talents as not only performers but also musicians. While I.M showed off Monsta X's confidence and power through "Zone," Jooheon expressed the group's softer sentiments through "Flow" and "Stand Up" — the latter especially made to console fans during these hard times.


"'Stand Up' was written for [fan club] Monbebe, telling them that we should all stand together and cheer up," Jooheon said. "Fans all around the world are struggling due to Covid-19, and we want everyone to cheer up and push forward."

While the coronavirus is keeping the group from traveling around the world to meet fans in person, Monsta X insists they'll keep up their hard work.

"We're grateful for the love we've recently received from fans in Japan," said Hyungwon. "But we've been limited in seeing fans not just in Japan but around the world. We haven't been able to meet them in person, but I hope that things get better soon and we get to perform for them."