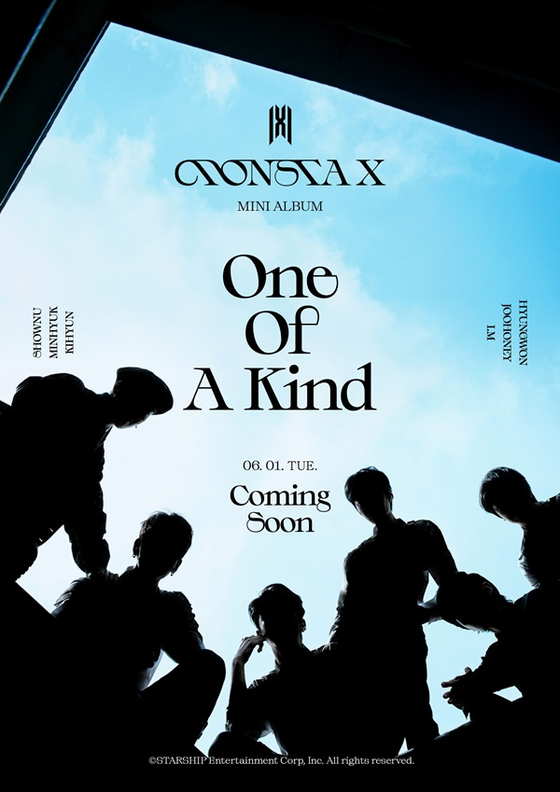 A teaser image for Monsta X's new mini album ″One Of A Kind.″ [STARSHIP ENTERTAINMENT]


Boy band Monsta X confirmed it would release a new mini album “One Of A Kind” on June 1, posting a teaser image on its official Twitter account on Saturday. The image shows the band’s six members in silhouette against a blue sky. The K-pop band’s latest Korean album was “Fatal Love,” its third album released last November. [STARSHIP ENTERTAINMENT]