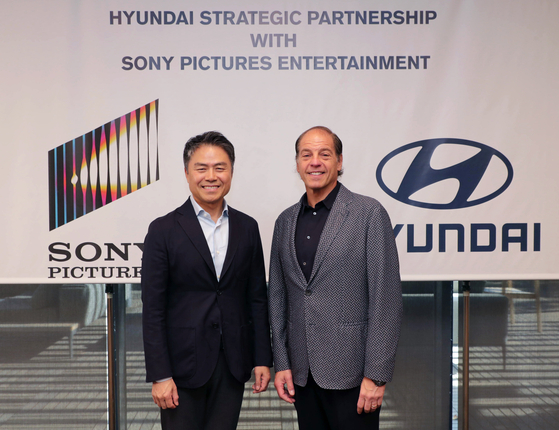 Hyundai Motor’s personal air vehicles may appear in the next Spider-Man movie under an agreement signed with Sony Pictures, despite not actually existing yet.

The Korean company said Thursday that the two firms signed a strategic partnership to feature Hyundai’s new models and technologies in five upcoming movies made by Sony Pictures.

Three titles are already decided: Uncharted, due for release in July 2021, a prequel to the popular video game with the same name; and two Spider-Man sequels — Spider-Man 3, due to be released in November 2021, and the next movie in the “Into the Spider-Verse” animated series, expected in October 2022.

Carmakers sponsoring vehicles in films is a widespread practice, but signing contracts with the studio ensuring an appearance in multiple movies is rare. Most instances are based on sponsorship contracts per movie. In this case, as Hyundai doesn't actually have any working personal air vehicles, concept vehicles will be used, and any movement will be computer-generated.

“The deal has many layers, including substantial marketing support, but its real potential and impact come from groundbreaking content that we will develop together,” said Jeffrey Godsick, Sony Pictures Entertainment’s executive vice president of global partnerships and brand management.

Hyundai and Sony will work together in developing concepts for cars and transportation within the films. This is where the carmaker’s future mobility solutions shown at this year’s CES 2020 will come into play.

At the January trade show held in Las Vegas, the carmaker exhibited life-sized prototypes of three future mobility solutions — urban air mobility, a personal air vehicle that looked more like a helicopter; a road vehicle which is like a self-driving capsule that could be used for multiple purposes; and hubs which would act as a connection point for the two transportation means in the air and on the ground.

“This strategic partnership with Sony Pictures will allow customers to understand and experience our human-centered future mobility vision through innovative vehicles and technologies, illuminating a way forward for transforming how we move, interact and design our lives for optimal benefits,” said Cho Won-hong, executive vice president and chief marketing officer of Hyundai Motor.