Private equity investments and the number of private equity funds (PEF) hit all-time highs last year, after the government eased regulations in 2015, according to the Financial Supervisory Service (FSS).

As of the end of December 2019, Korea had a total of 721 PEFs, which were contracted to invest more than 84.3 trillion won ($68.9 billion) into target assets last year. Compared to 2015, the total number of funds has increased by 128 percent, and the total contracted investment was up by 44.1 percent, or 25.8 trillion won.

The business model is simple: buy low and sell high.

In order to do so, they raise funds from private investors, the limited partners; acquire stock in a company; get involved in management to increase the company’s value and later exit or sell their stock hopefully for a higher price. The companies receiving investment, the portfolio companies, are usually ones that have issues in their financial structure or start-up companies and venture firms that are relatively cheap but have growth potential. 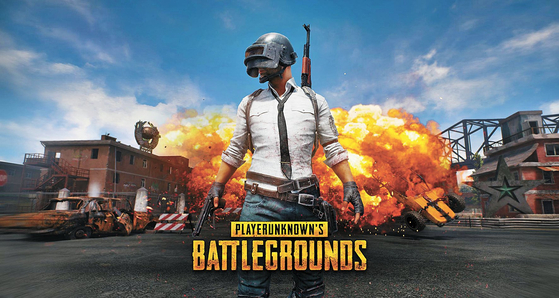 
One example is IMM investment, a long-term investor in Krafton, the developer of the PlayerUnknown's Battlegrounds first-person shooting game. Krafton, still a private company, reported 352.4 billion won of operating profit in the first quarter, dethroning market leader NCSOFT. Krafton said that IMM Investment committed around 360 billion won to the company since 2009.

Some of its other companies recently spent some time in the limelight. IMM Investment invests in WeMakePrice, an e-commerce platform, Today’s House, a mobile shopping mall for home furnishing items, and the furniture brand Oheim. The investment fund said it is busy making follow-up investments and discovering new investment opportunities.

Last year was a good year for private equity funds. A total of 206 new funds were formed in the year alone, marking the highest since 2009. These newly formed funds raised a total of 15.6 trillion won. According to the FSS, 78.6 percent of them were small-sized funds with less than 100 billion won of dry powder, or cash reserves, kept on hand.

Some of the investments were particularly notable.

Statistics suggest that such aggressive investment has borne fruit. The return on exits for last year hit a record 11.7 trillion won. This is 2.7 trillion won higher than a year earlier and doubles the return in 2015.

Of the 84.3 trillion won of promised investment last year, around 22.6 trillion won has not yet been transferred to the target and is left as liquidity ready to be invested when needed.

While many external factors have helped the PEF industry mature, experts are unsure as to whether growth will continue. As Covid-19 has slowed the local economy, it may also offer bargains as some companies get caught short with reduced cash flow.

While the economic difficulties can have a negative impact on the PEF industry for the short-term, the FSS thinks it will provide the business with “more investment opportunities considering its strong investment capability.”

Others say turning crisis into an opportunity may be easier said than done. According to a recent article published by The Economist, America’s four large listed PE firms, “Apollo, Blackstone, Carlyle and KKR, reported paper losses on their portfolios of $90 billion” in the first quarter.

In the United States, funds managed by private equity firms have surpassed $4 trillion this year. According to the magazine, they have management control of over more than 8,000 companies in the country.