With spikes in coronavirus infection cases reported in Seoul and Gyeonggi over the recent weeks, the Korea Centers for Disease Control and Prevention asked high-risk facilities such as noraebang (singing rooms), clubs, churches and theaters to halt operations for two weeks from May 29.

In accordance with the government’s new guidelines, the Ministry of Culture, Sports and Tourism decided to close state-run theaters including the Sejong Center for the Performing Arts until June 14.

Original musical “Mama, Don’t Cry,” slated between June 17 and Aug. 9 at the Sejong Center for the Performing Arts, central Seoul, has been canceled.

Three operas, “The Telephone,” "The Medium” and “L'elisir d'Amore,” which were supposed to be staged as part of the Korea Opera Festival, were canceled. They will be performed during next year’s opera festival instead.

The National Dance Company of Korea’s “Ceremony 64” was also called off. The dance performance was set to perform from June 5 to 7 at the LG Arts Center in southern Seoul.

The Korean National Ballet’s “Giselle” has been called off. The ballet was set to perform between June 10 and 14 at the Seoul Arts Center. “Giselle” was tremendously popular with the national ballet company reportedly selling 98 percent of seats as of May 29. 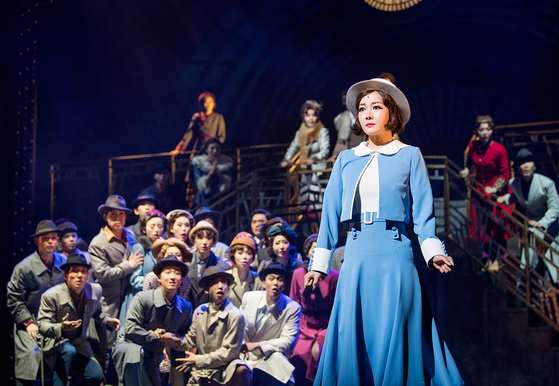 
42ND STREET
Charlotte Theater
June 20 – Aug. 23: “42nd Street,” one of the world’s longest-running Broadway shows, is coming to Seoul. Set in 1933, the musical depicts the life of Peggy Sawyer, who dreams of becoming a dancer on Broadway.
The entire performing industry is hit hard by an ongoing recession, but an audition for musical “Pretty Lady” has opened up and Peggy wants to try her luck.
Meanwhile, veteran stage star Dorothy Brock gets cast for the lead role of “Pretty Lady” as her wealthy lover Abner Dillon invests a lump sum of money on the musical.
Peggy secured a spot as one of the chorus singers in the musical, but she is fired for accidentally breaking Dorothy’s ankle during a rehearsal. She is eventually fired two days before the musical begins.
With the absence of the lead actor, the musical is about to close, but other chorus girls suggest Peggy may play the role of Dorothy.
The musical starts at 8 p.m. on Tuesdays, Wednesdays and Thursdays; 3 p.m. and 8p.m. on Fridays; 2 p.m. and 6:30 p.m. on Saturdays; and 2 p.m. on Sundays.
Tickets range from 60,000 won ($48.9) to 140,000 won.
Jamsil Station, line No. 2, exit 3.


SON YEOL-EUM PIANO RECITAL
Seoul Arts Center, Concert Hall
June 23, 24: Pianist Son Yeol-eum presents a two-day recital in Seoul to commemorate the release of her new album, filled with pieces by Robert Schumann.
Being an ardent fan of Schumann, Son will play pieces including “Arabesque in C major (Op. 18)” and “Fantasie in C major (Op. 17).”
Son reportedly chose Schumann’s pieces written during a turbulent time in the German composer’s life.
The pianist made a name for herself after she won the second prize at the International Tchaikovsky Competition in 2011, when she was 25.
Apart from performing as a pianist, Son has also been serving as a music director for local music festivals. Most recently, she took part in Music in PyeongChang, a classical music festival held biannually in Pyeongchang County, Gangwon, as an artistic director.
The concert starts at 8 p.m.
Tickets range from 30,000 won to 100,000 won.
Nambu Bus Terminal Station, line No. 3, exit 5.

STRANGER’S SONG
The Zoom Arts Center
June 24 - July 5: The internationally acclaimed pansori (traditional narrative singing) performer Lee Ja-ram presents a pansori performance based on the novel “Bon Voyage, Mr. President!” written by Gabriel Garcia Márquez.
The performance premiered in Seoul in 2016 and went on a nationwide tour. Lee also presented the performance in some countries including France, Taiwan, Romania and Japan.
The show is set in Geneva. Homero and his wife are foreign workers struggling to make ends meet by doing chores at a hospital. One day, the couple comes across the former president of their country, who lands in Geneva to cure his illness.
Through the encounter of the three strangers who happen to stay in Geneva, the performance sheds light on the life of people who are relocated from their own places.
Lee is well known for putting spins on pansori by combining it with various music genres.
All seats are priced at 66,000 won.
The performance starts at 8 p.m. during weekdays and 5 p.m. on weekends. There are no shows on Mondays and Tuesdays.
Hangangjin Station, line No. 6, exit 3. 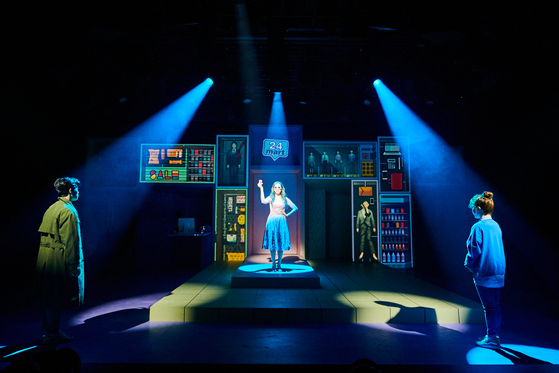 Original musical ’CHA_ME“ is a story about a struggling young woman named Cha Me-ho who happens to come across her perfect alter ego Cha_Me, a perfect version of her dwelling in the world of social media. [PAGE 1]

CHA_ME
Chungmu Arts Center, Middle Theater Black
Through July 5: Cha Mi-ho is a struggling young woman who makes a living by working as a part-timer at a convenience store. She keeps applying for jobs but never gets any opportunities. Nothing comes easy for Mi-ho, whether it is getting a job or being in a relationship.
Mi-ho kills time by looking at her social media, but it ends up making her feel more miserable because it seems like everybody except for her is living their best life by going on dates with their handsome boyfriends or taking beautiful trips.
One day, Mi-ho accidentally drops and breaks her smartphone, and her alter ego Cha_Me, a perfect version of her dwelling in the world of social media, comes to life.
The original musical “Cha_Me” touches upon the issue of social media addiction through a diverse range of characters.
Tickets range from 44,000 won to 66,000 won.
The musical starts at 8 p.m. during weekdays; 3 p.m. and 7 p.m. on Saturdays and 2 p.m. and 6 p.m. on Sundays and national holidays.
There are no shows on Mondays.
Sindang Station, lines No. 2 and No. 6, exit 9. 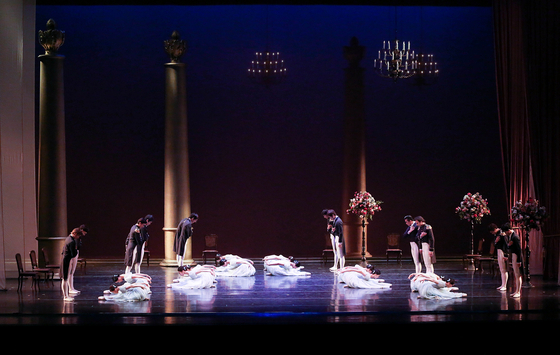 
ONEGIN
Chungmu Arts Center, Grand Theater
July 18 - 26: Universal Ballet Company presents “Onegin.” The ballet is based on Alexander Pushkin’s novel “Eugene Onegin” and it was choreographed by famed ballet dancer and choreographer John Cranko for the Stuttgart Ballet in 1965. Kurt-Heinz Stolze rearranged the music of Pyotr Ilyich Tchaikovsky.
“Onegin” was premiered on home soil in 2009 by Universal Ballet Company.
Unlike other famous ballet pieces such as “Swan Lake” and “The Sleeping Beauty” with fairy-tale love stories, “Onegin” depicts the realistic and entangled relationship of a man and a woman.
In order to maximize feelings of the protagonists, Cranko reportedly used repetitive jumps and lifts throughout the story.
The performance starts at 7 p.m. on July 18. The ballet starts at 2 p.m. on July 19, 25 and 26 and at 8 p.m. on July 23 and 24.
Tickets range from 40,000 won to 100,000 won.
Dongdaemun History & Culture Park Station, line No. 2, 4 or 5, exit 2.