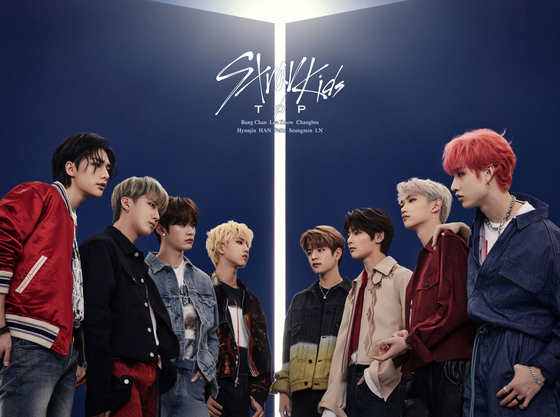 The release date of the single's physical copy is marked as June 3, while the track was released on June 2, explained the agency. 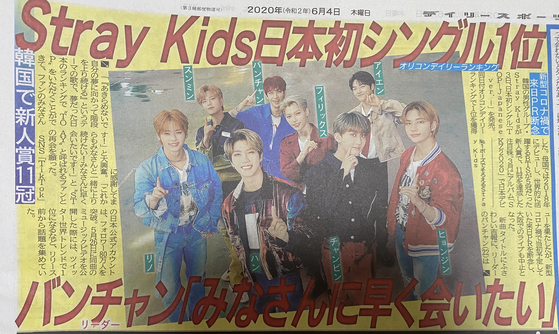 Some of Japan's biggest papers, such as Nikkan Sports, Daily Sports, Junichi Sports, Sankei Sports and Sports Hochi, reported on the band's success.

"Top," the album, contains songs that were featured on the soundtrack for the animated version of Naver's popular webtoon "Tower of God," which include the opening track "Top" and the closing track "Slump."


The single "Top" was first released through YouTube Premier on May 26, and soon rose to become No. 1 on YouTube's list of worldwide trending videos.

It was released in Korean, Japanese and English.

Stray Kids made its Japanese debut on March 18 this year with a compilation of its most popular songs, released under the title "SKZ2020."

The band is set to release its first full-length album "Go" on June 17.