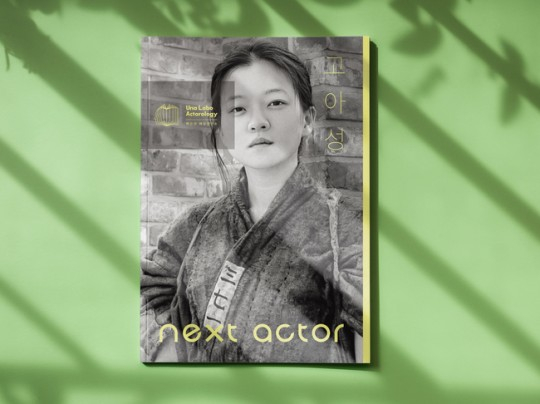 The book cover of "The Next Actor Ko A Sung," which is to be released in bookstores on Thursday. [UNA LABO ACTOROLOGY]


Muju Film Festival is collaborating with Una Labo Actorology to publish a book “The Next Actor Ko A Sung” on Thursday, the festival announced on Wednesday.


The “Next Actor” series, which started last year, selects one young actor and focuses on their work and contribution to the next centennial of the Korean film industry. Park Jung-min was the first chosen for the series.

A special chapter about Ko was written by famed director Bong Joon-ho.

To mark the release of the book, Ko will participate in the opening ceremony of the eighth Muju Film Festival on Thursday evening and meet her fans via an online live-stream on Friday at 4:40 p.m. through the festival’s official social media accounts.

Una Labo Actorology, established by film journalist Baek Una in 2018, is a publishing house dedicated to researching and publishing works about actors.