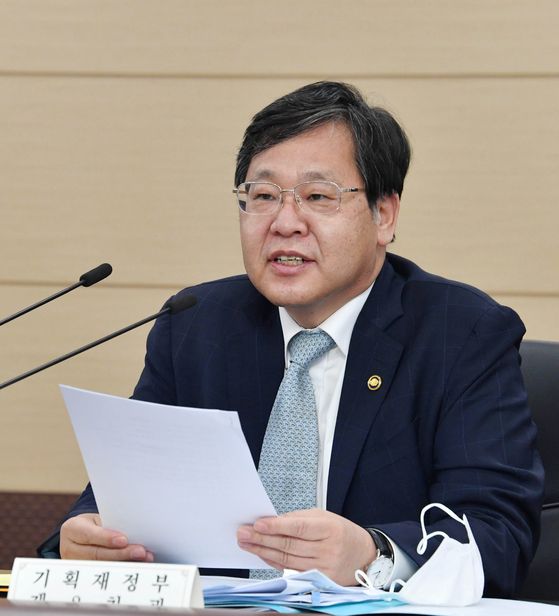 Vice Finance Minister An Il-whan called Tuesday for the National Assembly to swiftly approve the third extra budget to help drive economic recovery as the coronavirus pandemic resulted in contractions across industrial sectors.

"The effectiveness of this extra budget depends on its speed and timing," An told a meeting with senior ministry officials.

If approved, Korea will spend more than 75 percent of the budget within three months, An said.

Korea's economy contracted 1.3 percent in the January-March period from the previous quarter, compared with a 1.4 percent contraction estimated in April, according to the Bank of Korea.

The first-quarter contraction is the worst quarterly drop since the final quarter of 2008, when it shrank by 3.3 percent.

Korea's export-reliant economy is expected to suffer a bigger setback from the pandemic as the novel coronavirus disrupted global businesses and ravaged consumer demand.