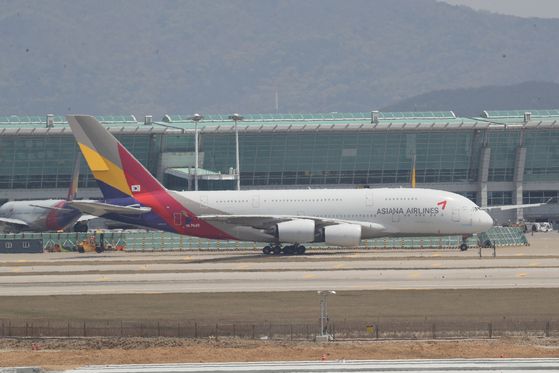 
Hyundai Development Company (HDC) has asked for changes to the terms of its acquisition of Asiana Airlines, the country’s second-largest airline.

In a statement Tuesday, the company stressed that its determination to acquire Asiana remains, but the value of the airline has been reduced as a result of the coronavirus pandemic.

HDC said that while it has only been five months since it signed an acquisition agreement, in that period the airline has added 4.5 trillion won ($3.76 billion) in debt including 1.7 trillion won in additional funding by the Korea Development Bank (KDB) and Export-Import Bank of Korea in April.

The airline’s debt-to-equity ratio as of the first quarter was 16,126 percent, a significant jump from last year’s 1,386.7 percent.

HDC vented its frustration at the KDB and Export-Import Bank of Korea’s decision to give 1.7 trillion won in loans to Asiana without its consent.

HDC’s statement was a response to the airlines’ creditors, which last month gave the company until June 27 to decide on whether to continue with the acquisition or not.

June 27 is the official deadline for the acquisition. Creditors said that depending on HDC's response, that deadline could be extended through Dec. 27.

In December, HDC and partner Mirae Asset Daewoo signed a deal to acquire 31 percent of Asiana Airlines from Kumho Industrial, as well as new shares to be issued and stakes in six related companies — including Air Busan and Air Seoul — for 2.5 trillion won.

HDC was to get 61.5 percent of the airline’s shares, while Mirae would get 15 percent. HDC paid 4,700 won per share — lower than the airline’s 5,430 won share price at the time. Asiana Airlines on Wednesday closed at 3,505 won. If the deal goes through as planned, HDC is purchasing the airline at a price around 25 percent higher than its current market price.

HDC was scheduled to complete the purchase of Kumho Industrial’s 31 percent stake and newly-issued shares in two transactions in April. But HDC and Asiana agreed to postpone the initial payment and finalize the deal all at once on June 27.

But HDC has been rumored to be having second thoughts after the coronavirus pandemic hurt all airlines.

In April, HDC told the Korea JoongAng Daily that the deal was still on and that it wasn’t requesting changes in terms.

HDC currently has received approval from six countries including Korea, the United States and China for the acquisition of the airline. It is waiting for approval from Russia.