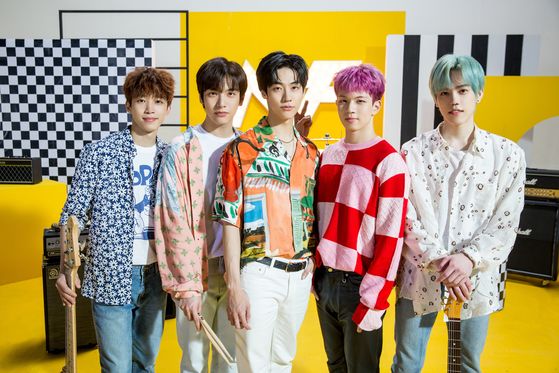 N.Flying is back, with a new member and a deeper sound.

The five-member K-rock band releases its seventh EP “Communication” on Wednesday — the band’s first since bassist Seo Dong-sung officially joined N.Flying on Jan. 1 this year as the fifth and youngest member. The last few months have been challenging for everyone around the world, and the band wanted to use its lead track “Oh really” as a chance for listeners to really think about what it means to communicate with other people in times of separation and isolation.

“The title of the lead track, ‘Oh Really,’ is something that we say often in our everyday lives,” said Seo. “We say it without thinking much about it, but when we hear it, we can feel lonely even when we’re talking to other people. That’s where our message comes in. We want people to look back at themselves saying ‘Oh really’ every time they do so after listening to this song.”

The idea of “Oh really” came one day when leader Lee Seung-hyub was having lunch with two people from different offices in the company, FNC Entertainment, who barely knew each other. He saw that out of hospitality, they were saying “Oh really?” to everything the other person said — but it was not enough to hide the awkwardness behind their courteous smiles. The lunch took place last year, and the song on the idea of sincere communication was written and lyricized by the leader himself as well as producer Aiming in January.

“I was feeling quite lonely when I wrote the song,” said Lee. “And when I kept hearing them saying ‘Oh really?’ to each other, I suddenly felt like it could be a good idea to base a song on this phrase. I was watching their conversation as a third person in the room, and their soulless smiles really made me feel lonely. So we tried a lot to get across that weird sensation of loneliness in the music video and make sure it wasn't too energetic.” 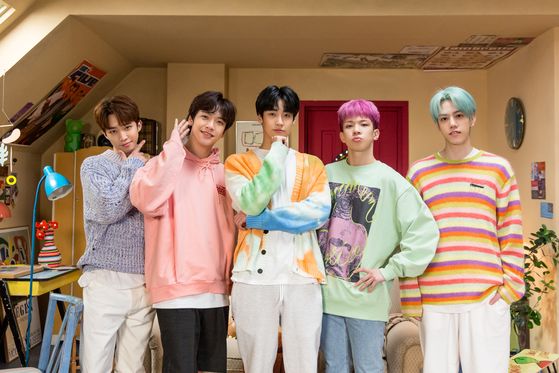 The song was written before the coronavirus pandemic, but coincidentally ended up being a very timely message according to Lee. The band hasn’t been able to perform or meet with fans since their last performance on Feb. 23 at Hongdae, western Seoul, for the Mint Festa, and their craving to perform in front of an audience is definitely growing.

“We used to go out every spring for busking sessions on the streets,” said Lee. “The situation hasn’t allowed us to do that, so we’ve been performing for fans online. We think that it’s the very least we could do to communicate, but we’d like to really perform live in front of fans. There’s a thirst that’s not being quenched, and we think we can only resolve it by meeting with fans and sharing our energy.”

Because of the ongoing pandemic, the band is using the time away from the stage and its fans to focus on communicating with themselves, especially with the addition of a new member for the first time.

Seo used to be the leader of band Honeyst, which disbanded in April last year, and had been playing with N.Flying as a bassist since then. N.Flying has been bassist-less since December 2018 when former member Kwon Kwang-jin was kicked out after allegations that he had harassed fans. Seo seems to have fit in seamlessly. 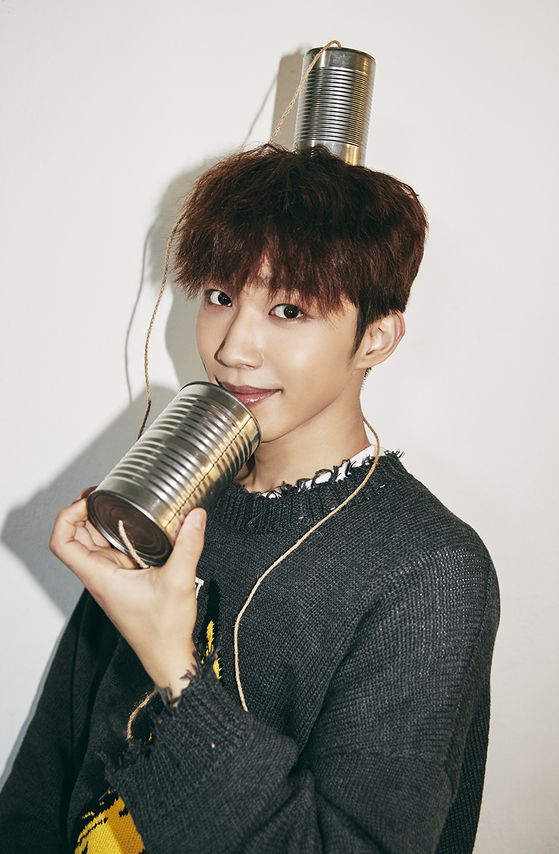 “I had my first TV appearance after I joined N.Flying, and there were so many things that were new to me,” said Seo. “I was really nervous and excited at the same time, and the other members really helped. They gave me all the tips and know-how that they’ve accumulated, and I’ve been trying to practice and do the best I can to fit in. I hope you can see that I’m trying and support me.”

“We’re known as the ‘communication kings’ within the company and among fans,” said Lee, explaining how the members naturally got along with Seo. “We talk about everything with everyone, and we always try to communicate in any way we can — especially through music.”

A factor behind their strong communication skills is a tradition the members follow weekly that they call "family dinner." It’s not something that the company or anyone else told them to do, but it’s been the key to their communication as a team for the past few years. It started out when members Yoo Hwe-seung and Cha Hun wanted to share the food they had cooked with their band mates and soon developed into a regular occurrence.

“So we have a rule,” said Lee. “We always have a ‘family dinner’ every week, but when we think there’s a problem, then we have a special ‘family dinner.’ We used to fight — or just not talk to each other — when we were younger. But now, we just don’t do that to each other. We don’t exert our pride on each other.”

N.Flying had struggled on the pop-oriented music scene, but had its first taste of success with last year’s mega hit, “Rooftop.” They stormed the charts and television music programs with the melancholic rock pop for the first time, garnering fans of the song more than fans of the band or its members.

But having a hit more famous than they are in no way intimidates them. On the contrary — they’re happy with every song as long as there’s someone who listens and understands their message.

“We’ve been asked the question, whether or not we are burdened by the success of ‘Rooftop,’” said Lee. “I’ve been saying no, but at one point I started asking myself whether I was just pretending not to feel pressured. But we’ve been doing what we’ve been doing since the very beginning, and we’ve always hoped that there would come a day when people understand us. We’ve always wanted to be together with [our fan club] N.fia and that was it. I really don’t feel pressured."

Kim Jae-hyun added, “We were loved so much with ‘Rooftop.’ But we’re happy as long as the songs all deliver their messages to the listeners.”