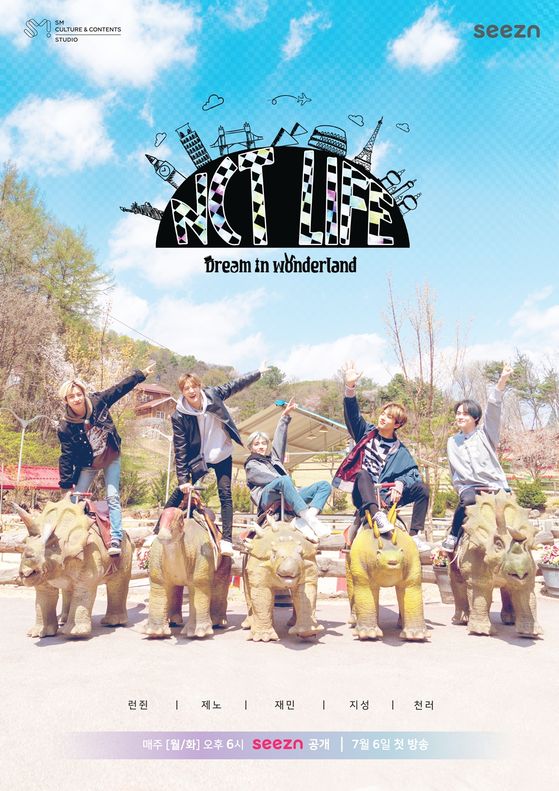 Teenage boy band NCT Dream will air the first episode of its new web reality show "NCT Life: Dream in Wonderland" on July 6 at 6 p.m., offering some entertainment to the group’s fans that have been stuck inside during the coronavirus pandemic.

According to SM C&C Studio, a subsidiary of SM Entertainment that produces various content featuring the agency's performers, the NCT Dream web reality show will be the first new series from the band since its 2017 show “NCT Life.”

In the show, the five members of NCT Dream will travel outside of the busy capital city of Seoul and spend their time together in the countryside while completing missions and revealing some never-before-told stories to fans.

"For 'Dream in Wonderland,' we have prepared missions and plans that are tailor-suited just for the members of NCT Dream," SM C&C Studio said.

"Members have said that they were taken by surprise because of the mysterious and fun things that happened during their journey, and their time together can be seen through the show."

"NCT Life: Dream in Wonderland," funded by KT, will be available to stream through KT's Seezn, as well as Thailand's trueID.

The first teaser video will air on June 23 through Seezn, followed by the second on June 30.