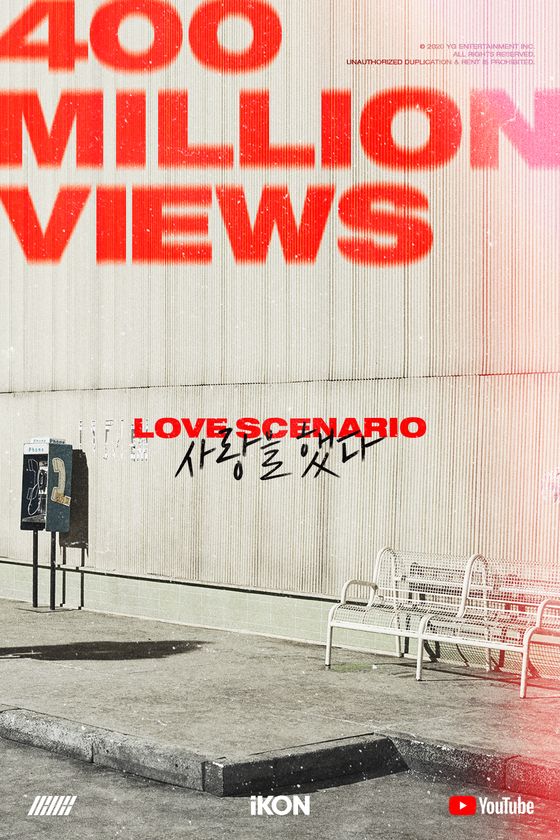 "Love Scenario" was the lead track of iKON's second full-length album "Return" and stormed the local music scene with its catchy melody and poetic lyrics.

It sat on the top of local music charts for weeks after it was published, and scored No. 1 on television music shows, as well as being awarded one of the most popular music videos of 2018 on YouTube.

iKON released its third EP "i Decide" in February this year, which topped the iTunes albums chart in 24 regions. The group is currently working on its new album.