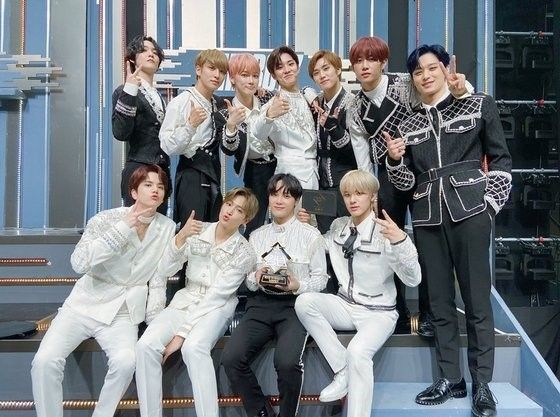 K-pop group The Boyz took home the trophy for Mnet music competition show "Road to Kingdom," also getting the chance to compete in the next series, "Kingdom." [MNET]


The boy group The Boyz took the crown at Mnet’s music competition show “Road to Kingdom” on Friday night.

As the winner of this show, The Boyz will get the chance to compete in the next upcoming show, “Kingdom,” which is expected to feature more popular groups. The date for the next series has not yet been finalized.

In the final episode which was broadcast live on cable channel, The Boyz performed their hit song “Checkmate” for the first time and took home the trophy with a total of 95,765 points based on the number of online views, scores on their EP quality, and viewers’ votes received during the live broadcast.

“We are so truly grateful to the staff who support us behind the stage and to The Bs,” the group said during their acceptance speech, referring to the name of the group's fan club. “We are excited to compete in the next show, ‘Kingdom,’ in which we think we will gain a lot of experience.”

The Boyz Road to Kingdom Mnet Kingdom The B