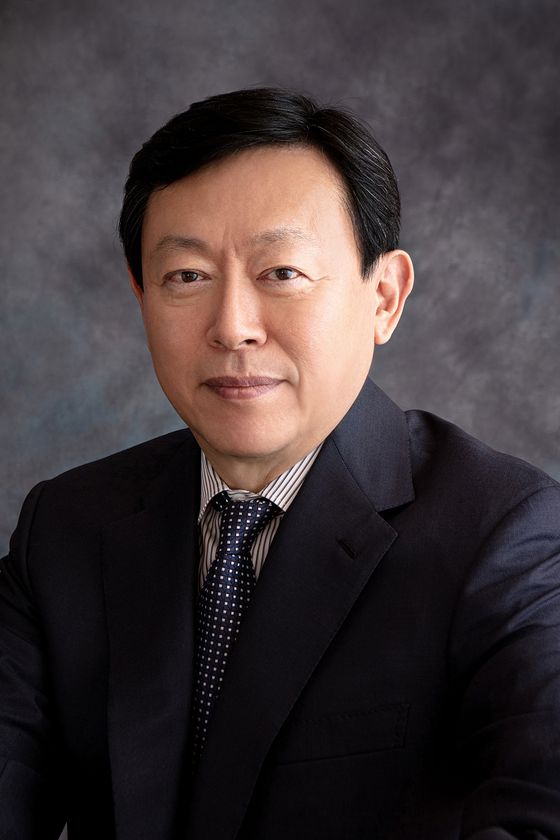 Lotte Group Chairman Shin Dong-bin. Shin gripped his control over Lotte Holdings in Japan on Wednesday after the agenda to dismiss him from board of directors was denied at a shareholder meeting on Wednesday. He was also named president of Lotte Holdings on the same day. [LOTTE CORPORATION]

The solidification of his control over the company came the same day as the Seoul-based Lotte Corporation said that the will of his late father and former leader of the group was discovered.

Nishi-Shinjuku, Tokyo-based Lotte Holdings owns 19.07 percent of Hotel Lotte, a private company and key component in the sprawling group. It is in total 99.28 percent controlled by Lotte Holdings and related companies in Japan.

It was the sixth time the older Shin proposed pushing his younger brother out from Lotte Holdings.

Shin Dong-bin will be taking on the role of the president starting on July 1.

“Chairman Shin Dong-bin has become the sole CEO and president of Lotte Holdings, following the role of the late Lotte founder Shin Kyuk-ho,” Lotte Corporation wrote in a statement.

The company announced it also found the late founder’s will and that the document designates Shin Dong-bin as the leader of Lotte in both Korea and Japan. The will, handwritten by the founder, was discovered in the safe at an office in Tokyo. According to Lotte Corporation, the will was disclosed this month in a court in Japan.

“For the development of Lotte Group, do [your] best and try to make all the employees happy,” the will said. Written in March 2000, it was recently discovered while the articles left by the founder were being cleaned up.

The founder passed away in January from a chronic illness.

Shin Dong-bin said he will follow the founder’s wish to work for the development of the group and the future of the group’s employees, according to Lotte Corporation.

He vowed to lead Lotte Group with the determination as if he’s starting from the beginning while highlighting the importance of following the achievements and the spirit of the founder in the difficult times in Korea and abroad.

Lotte Corporation said Shin Dong-bin considers Lotte Chemical as the chaebol's new growth engine. He has been pushing the development of the company, 24.03 percent owned by Lotte Corporation, through aggressive mergers and acquisitions.

His roles in Lotte include pushing Lotte Shopping to go public in 2006, establishing e-commerce app Lotte On, released in April, and advancing the group's business culture, according to Lotte Corporation.