'Rent a Finn' to learn how to reduce stress and relax

'Rent a Finn' to learn how to reduce stress and relax 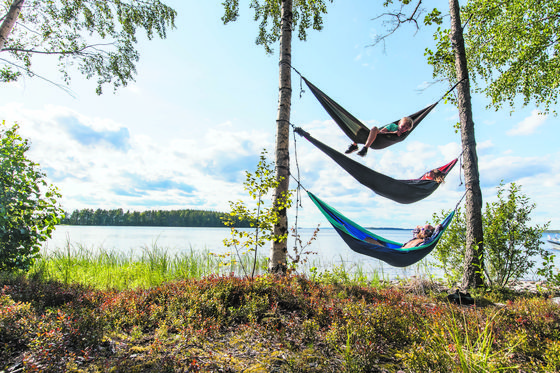 A view from the forest in Finland. [VISIT FINLAND]


While international travel has become very limited for many, there are still ways to experience the lifestyles of people living in different countries.

Finland, which offers one of the shortest flight times from Seoul to Europe, is offering a chance to think and act like a Finnish with the release of its “Rent a Finn” campaign series online.

Finland, which is ranked highest on the happiness index according to Sustainable Development Solutions Network under the United Nations in its “The World Happiness Report,” is set to share its secrets to success with the world.

The new initiative undertaken by Visit Finland since last year has become more vivid with four videos it released earlier this month that feature experts promoting the core values of the Finnish lifestyle. They suggest ways to reduce stress and pursue happiness even during the ongoing pandemic when many are restricted from enjoying their daily routines as they normally would.

Chef Sasu Laukkonen of Michelin-starred restaurant Ora in Helsinki, suggests that eating like a Finn and living like a Finn all starts from “permitting yourself to do nothing.” Since the pandemic hit Finland in mid-March, his restaurant has been serving take-out sushi boxes as well as a set-menu for two served in a box for a picnic. 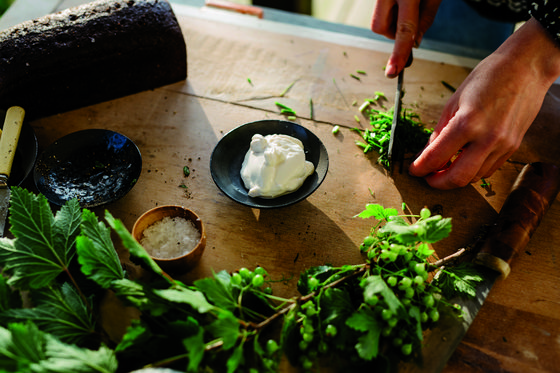 
“If you have work to do, give yourself a timeline and finish everything by Friday so that you can have Saturday to do anything you want,” the chef said during a video interview with the Korea JoongAng Daily Wednesday, adding that organizing your time well is the first step to finding the spare time you've previously only dreamed about.

“Start cooking, rowing, hiking or anything active rather than just watching TV all day, as meeting new people by simply going to any nearby stores to get groceries or hiking gear can open up chances for you to learn how to explore new things and get yourself activated.”

The chef in his short video campaign, demonstrated cooking in the forest. This outdoor cooking isn’t something new for him. The location where the video was filmed is only nine minutes away from the city of Helsinki by car, and a place where he visits often to forage for different ingredients, from wild berries to all kinds of herbs. 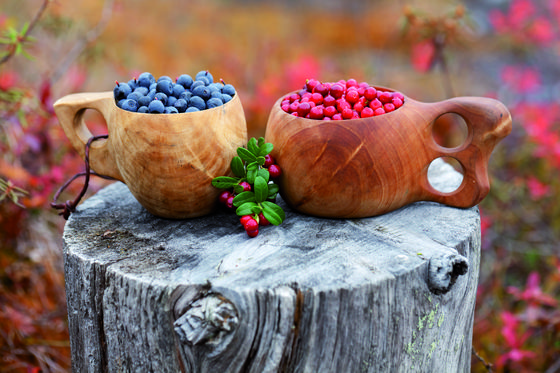 
The forest has been the source for his idea of enjoying things when they are available. Since everything gets ripe so fast before the cold months hit again, the chef explained that the taste of local vegetables is generally sweeter without too much complexity.

This lack of complexity has led him to think more about cooking dishes that are less complicated, especially at home.

“When you are doing something too difficult, it is hard to concentrate on what you do at each step because you have to look at the recipe back and forth and focus on what you do with the ingredients and actually look at them on your table,” said the chef.

“The value of the food comes from something other than just a technical approach, so start with simple things like fish and potatoes, or fish and cabbage to get yourself more relaxed and to enjoy your overall cooking experience.”

Just like he demonstrated cooking outdoors, he recommends people to get out in nature, saying that just thinking about being in outside or watching nature videos on your phone or TV is very different from actually getting your body out and about.

“Forget the rules and timetables,” said the chef. “You should be able to find the contrast between daily life and spending relaxed time outdoors.”

“One has to find peace within themselves first, and the next step is to consider how you value your down time, space, and peace [because] it is up to you to do what makes you feel good.”

For more information about the “Rent a Finn” campaign and travel information for future trips, go to www.visitfinland.com.

Back to the skies

Fall Travel Week gets the chop, safe travel promoted instead