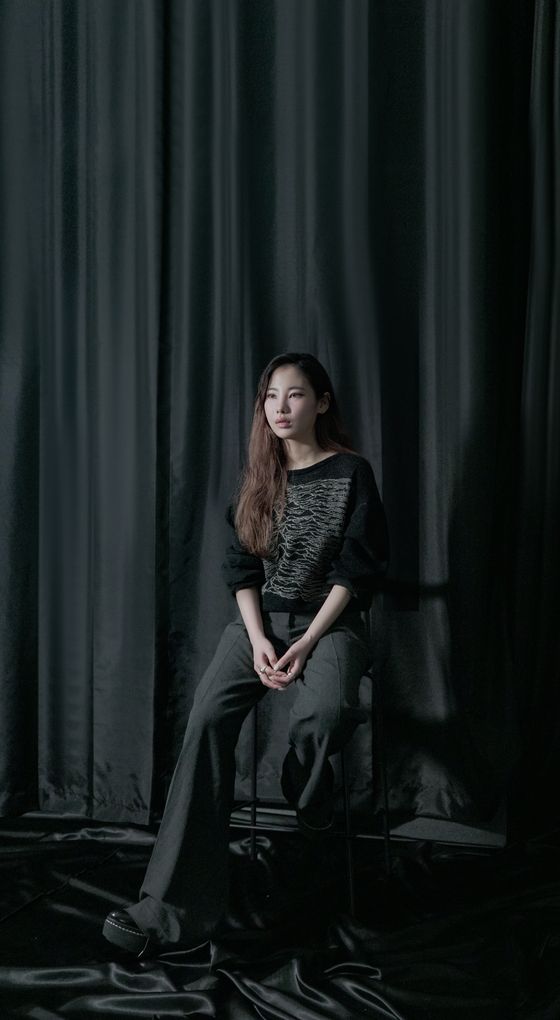 K-pop often conjures thoughts of acrobatic dance moves and bass-heavy hits performed by the many members of the boy bands and girl groups Korea has to offer, but the pool of talented indie singer-songwriters is just as rich and colorful as the sounds they create. Unlike many of the idol bands that perform songs written and produced by others, these singers take their music into their own hands and establish fan bases solely based on their songs. Through this series, the Korea JoongAng Daily will sit down with up-and-coming solo indie singers and learn the stories behind their lyrics, while also finding out more about their lives, loves and interests.


The young musician says she's compassionate and sensitive and attributes her motivation to continue on her new career path to the love she has for both music and the people she surrounds herself with.

Youra debuted in 2018 at the age of 25, considered relatively late for a rookie in the Korean music industry, but quickly made a name for herself as one of the hottest musicians on the indie scene. Her mystical singing style might make listeners miss the lyrics of her songs, but if you delve deep into her songs, a world filled with unique melodies and engaging topics unravels.

For Youra, music came unexpectedly. She never studied it, nor did she plan for things to turn out the way they did. She did briefly train to be a part of a girl group and uploaded the songs she made for free on Soundcloud, but back then becoming a musician was a decision she wasn't ready to commit to.

While she managed to establish a fan base through the tracks she uploaded on Soundcloud by the time she made her official debut with her digital single “My” in October 2018, it wasn't until she appeared on SBS’s music audition program “The Fan” in December that year that she began gaining recognition from a larger audience.
“That was when I began to feel more responsible for everything,” Youra said. “I thought to myself, ‘I’m on TV, and now I can’t go back. Everyone knows my face so I might as well do my best.’”

Since then, her unique voice has captured the attention of other artists who have sought to collaborate with her.

This year though, Youra is focusing on her own music.

Her EP “dot” came out in February, followed by the single “Happy” in May and she is currently putting the final touches on her upcoming single “Swim,” which will be released next month.

Her chic look and melancholic vibe may give the impression that she's somewhat unapproachable but that couldn't be further from the case.

“People say they have no idea what I’m thinking, but that’s because I have too many things on my mind and I can’t say all of them,” said Youra.

Kim You-ra is kind and caring, especially when it comes to her friends, family and the newest addition to her life, a multi-colored Scottish-fold kitten.

The following are edited excerpts of an interview with the Korea JoongAng Daily in which 28-year-old Kim You-ra revealed the story behind singer Youra. 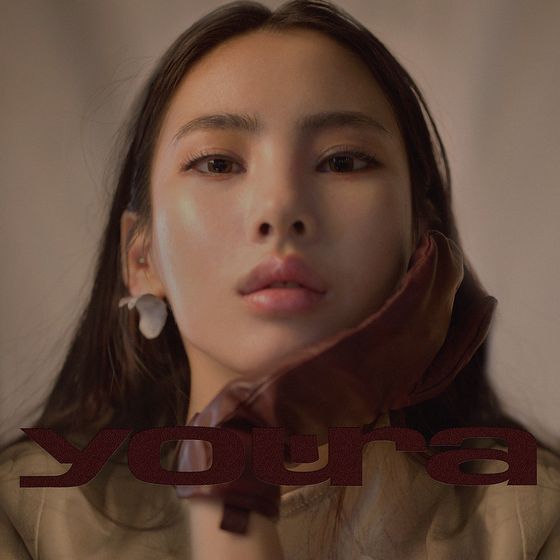 You started your music career later than most in the industry. What did you do before you became a musician full time?


I never learned music. It just started off as a hobby. I had part time jobs, I learned design and even worked as a web designer for a fashion brand. I spent some time at a publishing company as well. I did a lot of things, but most of them ended quickly because I never held onto them for long. I’m curious about a lot of things, and music was just one of the things that I wanted to try out.

The internet describes you as a synth pop singer. What do you think about this description?


When I started out, I never thought, “I’m going to be this genre singer.” I just did it. So I don’t think it really matters what I’m described as. I think defining genres and saying who’s in which is a thing of the past. Times have changed a lot and I think genres don’t matter anymore. Singers don’t sing just one genre of songs anymore, I don’t think.

How did it feel for you when you first made your debut?


Honestly, it felt unreal. I just wrote the songs like I was practicing. I had started thinking that I could just disappear at any minute. It did feel good, but I tried to stay relaxed. I didn’t really care much. It’s great, but I also can’t believe that I have fans. It’s so pleasing and it makes me happy, but even I stop liking [celebrities] for no particular reason. In the back of my mind, I keep thinking, “They’re going to stop liking me if another great person comes along.” I just can’t believe it yet. It hasn't hit home. I do think that if I keep doing my thing and just keep going, then there will be people who will like me for my work.

I’m not the kind of person to get my hopes up. But I know that I need fans to keep singing, so I wish I had more. There are fans who come backstage to give me presents or ask for my autograph, even though I’ve never held anything like an official fan meet-and-greet. But every time I meet fans, I feel a greater sense of responsibility. 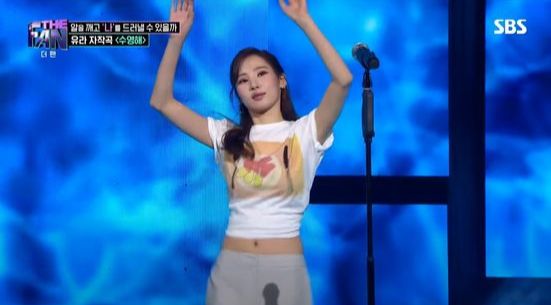 How was your experience in “The Fan,” where you made your first official TV appearance?


Honestly, it was the hardest time in my life. I didn’t fake anything, but something really bad happened in my personal life right after the program started, and I just couldn’t keep a straight face or sing properly. I know that it’s work and I can’t let me personal feelings get in the way, but it was too hard. There were situations that were really hard for me and even though I did the best I could, I know that I had an uncomfortable expression.

I think that’s when I realized that I needed to be a professional. There have been times since then when I couldn't sing properly either. I was supposed to go on stage with another artist from my agency, but then I had a fight with my friend right before I went on stage and I couldn’t sing. I know that I have to control my emotions, and so my biggest goal is to be happy everyday, because that’s what keeps me singing.

How do you keep yourself happy?


I have to eat well. I can never have an empty stomach, even before I sing. And I try not to fight with my friends or family. I try to take care of the people around me and make sure they don’t get hurt or feel sick. I look after myself and others. 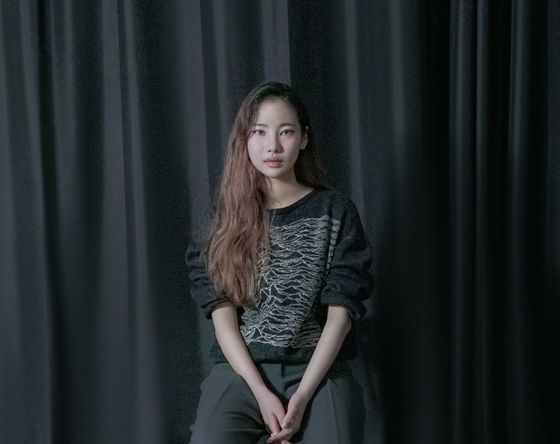 Youra sits down for an interview with the Korea JoongAng Daily. [JEON TAE-GYU]


Why did you choose Soundcloud to upload your songs?


Honestly, because everyone else did it and I didn’t want to lag behind — but I think that it’s actually the best platform I could have gone with. There are singers who contacted me after they heard my songs on Soundcloud, like Giriboy. He listened to “Happy” and then contacted me, asking me to work with him.

When these things happen, I think I should show my true colors more. I have a lot of things on my mind lately, but most have to do with showing more of myself. I think artists need to stand out from each other, but I don’t think a lot of people actually do that. I hope that I can keep my own uniqueness and not get mixed up with others.

How would you define your true colors?


I think only the listeners will know what my true colors are. I don’t really know myself that well, so I can’t say. But I do think I have a strong color.

Have you seen comments on YouTube that described you as “Mystic dark”?


No, I haven’t. But I’ve seen that there are so many comments in other languages. I think those kinds of metaphoric descriptions are so beautiful. I should actually use that as the title of a song later. It sounds so beautiful.

Have there been comments that stress you out?


I usually don’t let them get to me, but just yesterday there was a comment that said, “The pig at my house sings better than you.” I have no idea who this “pig” is — maybe it’s the husband? But I’ve memorized the name.

I don’t get stressed out, and I’m perfectly fine with people commenting things about my voice. It’s obvious that people talk about that. But I wish that people would stop talking about how I look. My face has nothing to do with my work, so even when people say I’m pretty, cute or sexy, those comments don’t feel that flattering. I think I’m just fed up.

Is that why you took some of your old songs down from Soundcloud?


I just took them down because my mind changes a lot, even when I’m uploading pictures on Instagram. I want to show them, then I don’t. I would sometimes upload a selfie and then hide it, then open it up a couple of days later when people forget about it. I’m not joking around, but I do change my mind a lot. It’s like, “I want you to listen to it. No I don’t.” 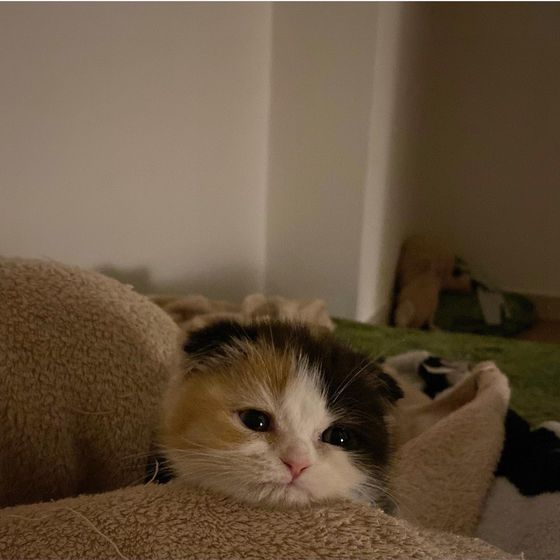 A picture of Youra's new cat, Angdu, taken from her Instagram. [SCREEN CAPTURE]

What’s your biggest concern these days?


My thoughts change everyday and there are things that I do need to work on. I need to work on my songs, but I’m moving house on [June] 30, and that’s a big concern right now. I just started raising a cat and so I went for a multi-level apartment because I heard that cats like it when the house is vertically high. I think the cat’s brought me another job role. About 80 percent of my thoughts are about my cat and the rest are about the album. So if I can take care of my cat properly, then I can think more about the music.

What’s your goal as a musician?


The biggest goal is to keep doing this for as long as I can. There are a lot of variables in this job, but I wish there weren’t. I hope I stay healthy, as well as the people around me. I don’t know if this is a vocation, but I’m holding on. But what’s important is that I have fun in the process.

Behind the Lyrics Youra The Fan Swimming Happy