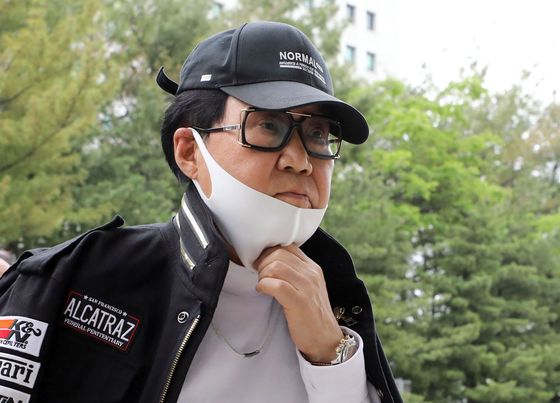 Cho Young-nam enters the Supreme Court in southern Seoul on May 28 to attend a plea session. [YONHAP]

The Supreme Court found singer Cho Young-nam not guilty of fraud on Thursday regarding artwork his assistant painted but he signed.

Cho was accused of only adding some finishing touches to the pieces before signing them and selling them to buyers who had no idea they were mainly painted by someone else. 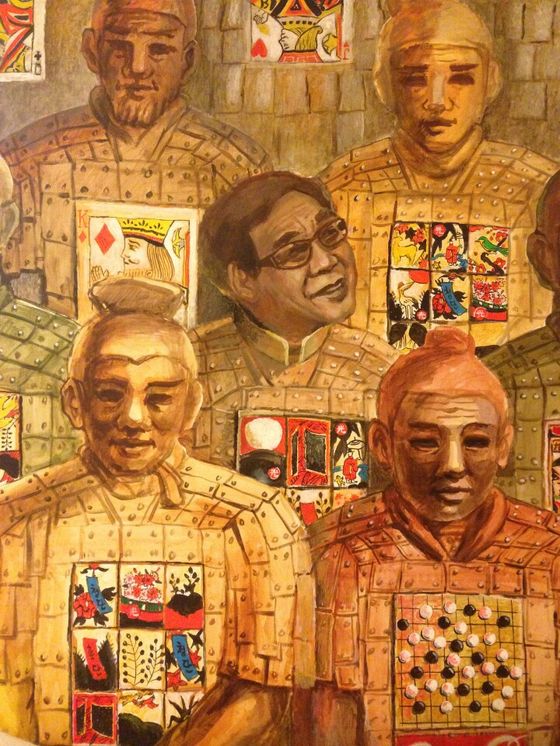 One of the paintings for which Cho Young-nam was indicted of fraud. [YONHAP]

He had been sentenced to a two-year suspended sentence, a ruling which he appealed. A higher court found Cho not guilty, a decision which the prosecution appealed before the Supreme Court finalized the verdict on Thursday.

The Supreme Court explained that the prosecutors had indicted him on charges of fraud, but the argument mostly surrounded who created the work and hence held the copyright of the work, which goes against the principle that the court only makes a ruling on the case that has been raised.

In addition, the ruling stated that, "Whether a work had been created by the artist themselves or was created with the help of assistants cannot be said to be a crucial or compulsory piece of information that needs to be notified to buyers."


"This case was not filed in relation to whether Cho Young-nam signed his name on another person's work, and therefore the court must look into whether the works are forged or infringing others' copyrights. It is therefore hard to conclude that the victims had mistakenly bought the paintings thinking they were done by Cho Young-nam."

According to the singer, he will keep pursuing his art and singing career. He will also publish a new book on contemporary art next week.