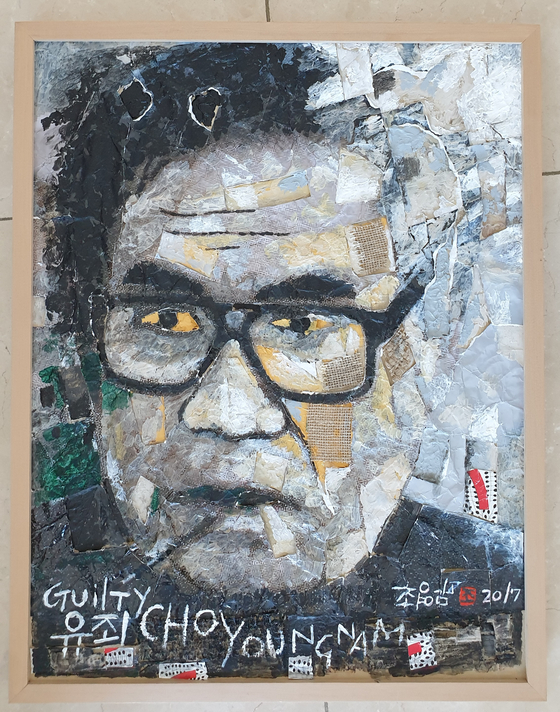 The latest work of Cho that will be put on display at his solo exhibition in Asan, South Chungcheong, later this month. The singer, who was embroiled in years of legal battles with fraud charges, scribbled ’guilty“ at the bottom left of his portrait. [ASAN GALLERY]


Singer Cho Young-nam has signaled his return to the art world.


An Aug. 7 press release from Asan Gallery located in Asan, South Chungcheong, on behalf of Cho said, “Cho, 76-year-old singer, who was cleared of fraud charges, will open a solo exhibition [later] this month.”

The singer was accused of adding the final touches to his artwork before selling it to buyers who had no idea the paintings were mainly created by Cho’s assistant. Years of legal battles ensued from 2016.

The Supreme Court explained that using hwatu, cards that are used for the Korean game called Go-Stop, was originally Cho's idea and the assistant simply offered technique.

The exhibition in Asan is Cho’s first in five years.

The gallery added in the statement, “This exhibition will be held for a year through four installments. It is going to be the longest-running one on home soil, and its themes will vary every season.”

Under the theme of “Look Up the Moon Instead of Fingers,” the first part of the exhibition runs from Aug. 12 to Oct. 25. About 70 pieces by Cho will be on display. 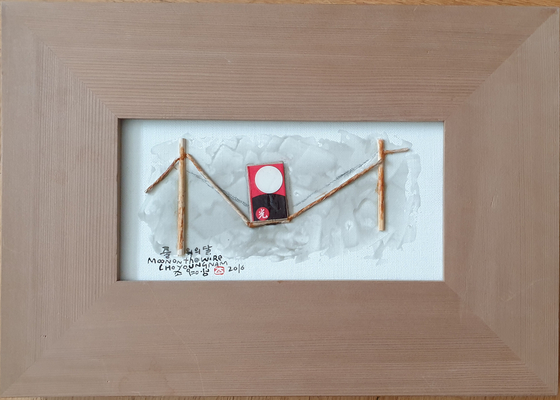 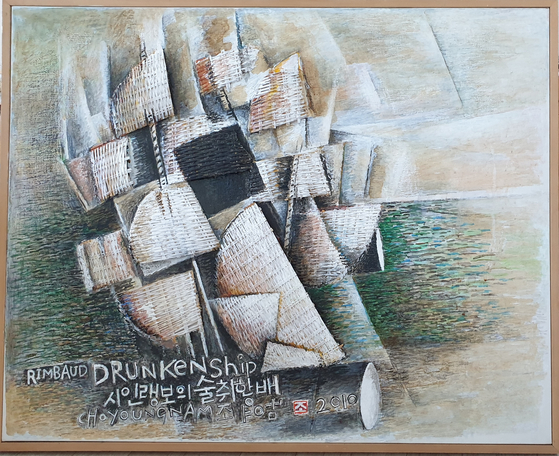 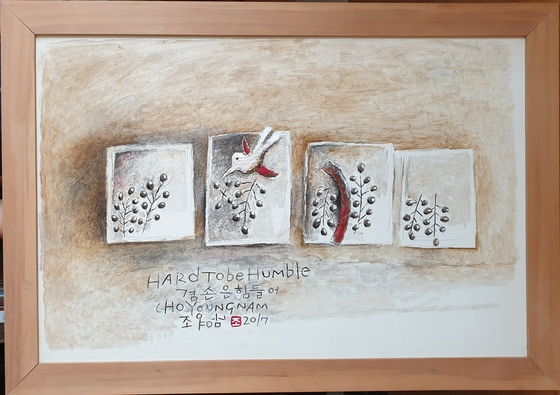 Cho’s latest works that will be showcased at the upcoming exhibition. [ASAN GALLERY]


Kim Soo-yeol, the head of Asan Gallery, said, “Forty new pieces by Cho, which he worked on over the past five years, will be unveiled along with his previous 30 works.”

He continued, “This exhibition was devised to show how hwatu was used as the main motif for Cho’s works in the first place and what he wanted to satirize through his creations.”

Cho began drawing in the 1970s as a hobby, but his series of paintings using hwatu became tremendously popular and made him take his hobby seriously. He eventually began to spend more time drawing than singing.

Kim from the Asan Gallery added, “This exhibition will reveal what his achievement means as art [in the history of contemporary art].”

Cho also plans to communicate with exhibition goers and elaborate on the fraud charges he faced.

Cho studied art on his own and held his first solo exhibition in 1973 in Insa-dong, central Seoul. Since then, the singer-artist held 50 more solo exhibitions until 2016.

According to the Asan Gallery, Cho has created about 2,000 installations, sculptures and drawings so far.

Right after Cho was cleared of all the charges in June, he did a phone interview with the JoongAng Ilbo and said, “Through this incident, this country gave me a sense of responsibility to go on with my career, although I’m a singer with little talent in drawing. From now on, I’ll draw harder in an earnest way.”

During a recent phone interview, he added, “What would I have done in exile over the past five years? I kept drawing. I didn’t want to hear people saying that I caused all the troubles with such poor skills. I drew paintings with determination, and now I want to show what I’ve done. I want people to evaluate me as a painter.”

Cho added some of his works will be unveiled through Insa Art Fair to be held in October along with his solo exhibition in Asan Gallery.

The singer recently published a book by compiling his thoughts on the contemporary art. 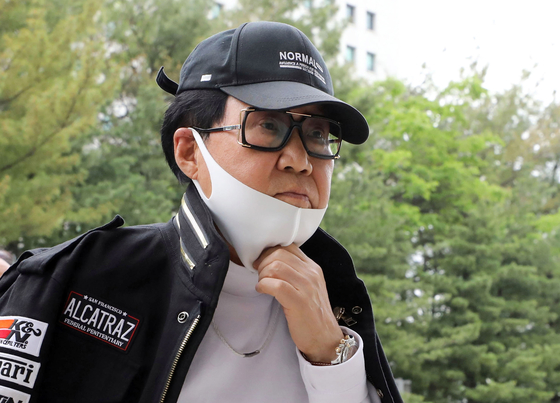 Singer Cho Young-nam shows up at the Supreme Court located in Seocho-dong, southern Seoul, on May 28 to attend a plea session. [YONHAP]


Cho’s solo exhibition at Asan Gallery runs through next August.