Rapper Nada is back — with a new mindset, a new goal and a new single

Rapper Nada is back — with a new mindset, a new goal and a new single 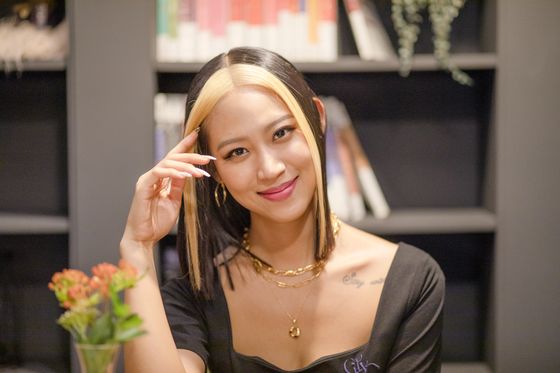 Rapper Nada sits down for an interview on Tuesday before the release of her new single, "My Body." [WORLD STAR ENTERTAINMENT]

Rapper Nada’s honest lyrics and outgoing personality may give the impression that she is just a fun-loving artist, but behind every word is her urge to pave the way for herself as well as other young women in Korea, and her latest single “My Body” is the best example of this so far.

Nada releases her fourth digital single “My Body” on Thursday, 6 p.m., the first music since she joined her new agency World Star Entertainment and the first in two years and seven months since her last single, “Ride” (2018). The new urban pop track uses funky beats from Latin groove, while taking a visual theme from 1990s retro aerobic videos for exercising at home. The at-home workout theme is supposed to appeal to people stuck at home during the coronavirus pandemic, but more importantly, Nada said the goal of her new single is to teach people to love themselves and their bodies. 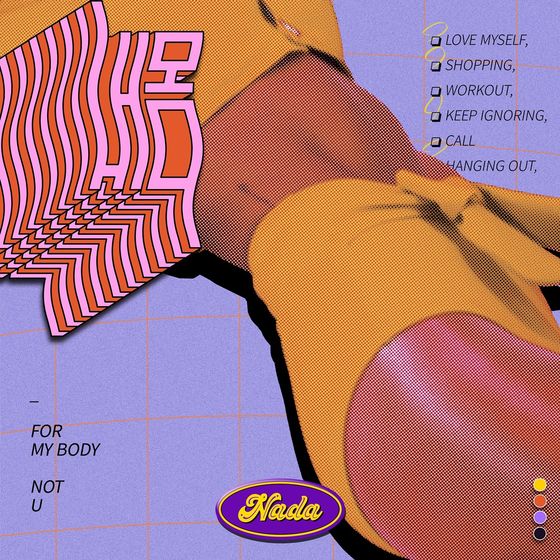 “There are people who really love me, like my friends and family,” she told the Korea JoongAng Daily during an interview held on Tuesday prior to the release. “But there is no one else in the world except for me who can understand me and love me as much as I can. I’m the only one. So this song is all about investing in me and taking care of me. It does talk about love in a way, but the core message is that we should love ourselves.”

Nada made her debut as the rapper of girl group wa$$up in 2013, which unfortunately failed to grab the public’s attention, but rose to stardom through cable channel Mnet’s all-female hip-hop competition program “Unpretty Rapstar 3” in 2016 with her rap skills, witty remarks and easy-going manner.

Before she proved herself as a hip-hop artist, Nada was known for her twerking that she flaunted during Mnet’s hip-hop audition program “Show Me the Money 3” (2014) at a time when Korean people were unacquainted with the dance move. She was criticized by viewers of the program for sexualizing her own body, but according to Nada, it was her way of embracing and loving herself.

The title of her newest song “My Body” may sound suggestive to some, but it’s actually aimed at promoting body positivity and liberating women from unhealthy obsessions.

“I knew that people would immediately think I went for a sexy concept that emphasizes my body or sex appeal when they heard the title, ‘My Body,’” she said. “But it’s really just about loving ‘My Body’ and keeping myself beautiful and healthy. I think that this kind of honesty is the reason why the public has a good impression of me, especially because I’m a woman and I write these things honestly. I wanted to write something that only a woman could.”

Nada’s belief in body positivity and female empowerment is not limited to her lyrics. She donates part of the income she earns from her YouTube channel to organizations helping single mothers. She also appears in videos on her company’s YouTube channel and answers questions and gives advice on issues women are facing in particular, from young women who are in toxic relationships.

“I hear stories like these so much, and it breaks my heart,” she said. “They say things like, ‘I feel bad about myself’ and ‘My self-esteem is so low.’ I seriously wish that they wouldn’t think like that. We are all beautiful in our own way, and we shouldn’t let a man boss us around. We should love ourselves, and I wish that was what the listeners felt the most.” 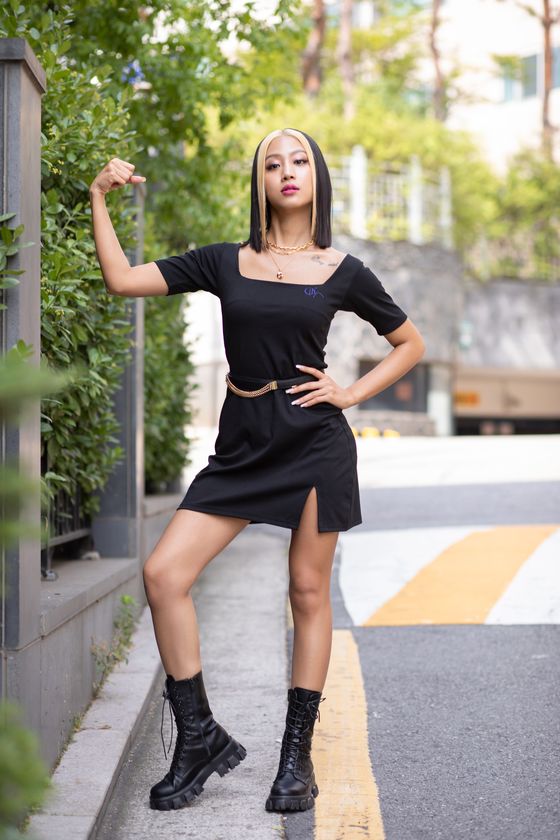 Rapper Nada sits down for an interview on Tuesday before the release of her new single, "My Body." [WORLD STAR ENTERTAINMENT]

In the past two years that she spent away from music, Nada solely focused her energy on herself and finding out what she wanted to do. She didn’t work on music at all and even thought about trying to become a television host for home shopping advertisements. She tutored the trainees at her current company World Star Entertainment, and only decided to come back when the president of the company asked her to release an album. Despite the break, the song only took five hours to write.

“The last two years were actually so difficult for me, and I thought I could never do music again,” she said. “As a celebrity, the best scenario is if you separate yourself as a person and yourself as a celebrity, but it’s really hard. When you fail as a celebrity, then your self-esteem bottoms out and you feel worthless as a person. So I took time off, and for the first time spent time with my friends and family and the people that I love, and realized that I had let other people bring me down — but I wasn’t like this. I knew that others couldn’t take care of me as much as I could, and so I had to love myself. I felt refreshed and found myself again.”

For Nada, the best part of her work is that she gets to see her ideas come to life — not just the songs, but the visuals and concepts and everything else. She played a part in everything from costumes to choreography for “My Body,” and says she finds inspiration every day.

“I actually get inspired a lot when I’m talking. I say random things, then they turn out to be great punchlines. And when I think I got something, I write it down straight away. I even leave and go home straight away. I do use my phone to jot down things, but I like paper because I get to see the things I wrote before. I think being a rapper is all about writing my own story and no one else’s, and this helps me be honest and look back at myself,” she said.

She's not content with releasing just a single — she plans on dropping a whole album before the end of the year, but instead of just rapping, she wants to try out new genres. The next song will likely be a Latin-pop song, even though it might not be the most familiar genre in the Korean music scene. As usual, she’s not afraid to try.

“I think trendsetters are met with backlash,” she said. “But especially as an artist, we have to catch on to the trends fast. If you do something after someone else has already done it, then you're too late. You can’t be afraid to challenge yourself. It’s risky, but it’s worth it when you see someone else copying you after you’ve done it. It’s hard trying, but you can’t be afraid of it. The person who does it instead of just imagining it always takes first place, and I want to live my life like that.”