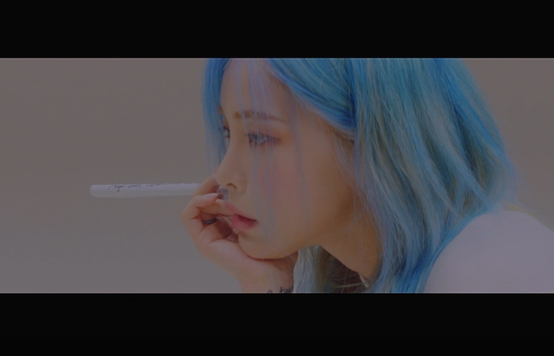 Singer-songwriter Heize will drop her sixth EP "Lyricist" on June 10, containing autobiographical stories about herself and her experience as a musician.

The singer's agency Studio Blue released a teaser image and video on Wednesday, announcing the news of her first release in eight months. 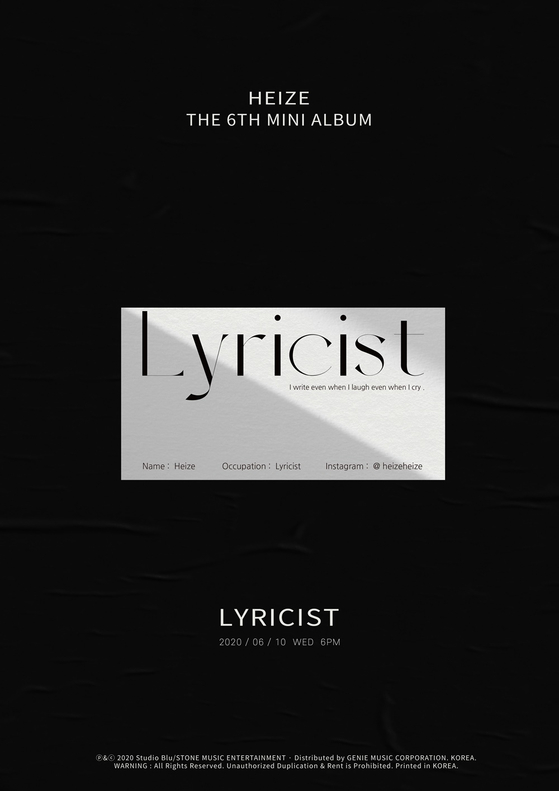 The image was created in the theme of the singer's ID card, which showed her occupation as lyricist and an introduction that reads, "I write even when I laugh even when I cry."

"This album carries the 'now' of Heize," the agency said. "It carries her most autobiographical stories, and will be a chance to see the singer's honest and sincere music."

Heize debuted in 2014 and rose to fame through Mnet's all-female hip-hop competition show, "Unpretty Rapstar 2," in 2015.