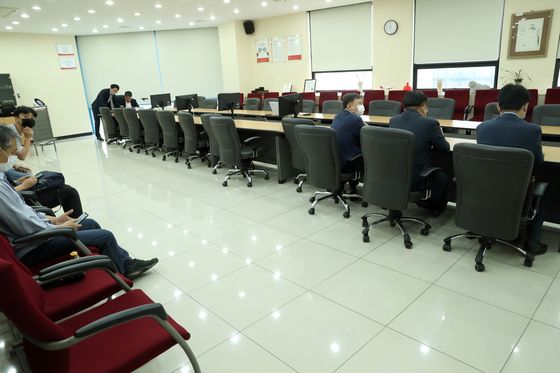 
Eastar Jet’s shareholder meeting scheduled for Friday has been delayed as the acquirer of the airlines has failed to make necessary appointments.

The meeting has been pushed to July 6.

In March, Jeju Air signed a deal to buy the debt-laden carrier. Eastar Jet expected Jeju Air to provide a list of three new executives to be appointed at the meeting as well as its choice of auditor.

Jeju Air, 56.94 percent owned by AK Holdings, hasn’t yet finalized the deal, saying it needs to gain approval for the purchase from the authorities in Thailand and Vietnam. Neither country has given the green light.

Eastar Jet will “do our best until the last for Jeju Air to accept the proposal Eastar Holdings made to Jeju Air about the unpaid wages,” said Eastar Jet CEO Choi Jong-gu. “There has been some level of agreement to receive the government support [for acquiring Eastar Jet], but we aren’t sure yet.”