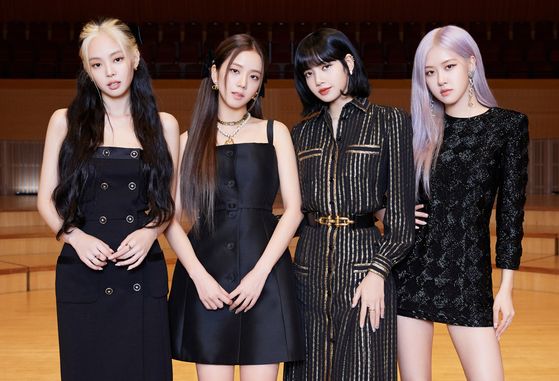 Blackpink may have worked hard on their new track "How You Like That," but they're not about to spoil it for you. Rather than give any information about the song, the group wants everyone to go and watch the video and find out for themselves.

Blackpink held an online press conference on Friday afternoon prior to the release of "How You Like That" at 6 p.m., managing to spend the entire event promoting a new track without actually really telling us anything about it. YG Entertainment, the group's agency, made the online press conference public so fans could also enjoy it, but that meant that even reporters didn't get a sneak peak at the new track.

Here's the little we do know.

The new track will have "more hip-hop elements than ever before," according to Jisoo, which could suggest the track has a heavier beat or more rap sections. 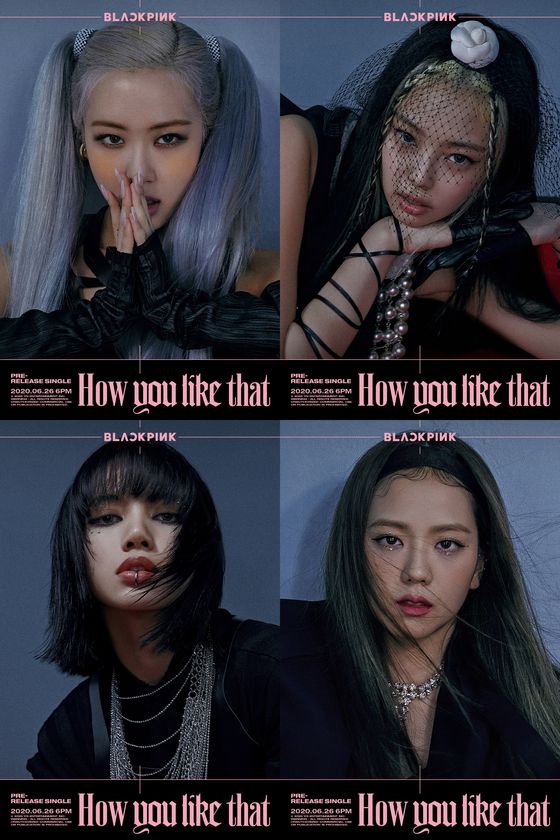 Blackpink's new single "How You Like That" will be released Friday at 6 p.m. [YG ENTERTAINMENT]

According to Jennie, "This song carries various emotions and we thought a lot about the visuals that could best express them."

Jennie's hint, and the dramatic looks the group chose for the press conference, suggest a fair amount of drama in the upcoming video.

Rose seemed to confirm this, suggesting that the track might take you on something of an emotional roller coaster.

"It's really calm in the beginning, with some depressing words," she said. "But it turns around after the first hook — which is almost like how a cat suddenly changes its mind."

And that's everything we know about "How You Like That" — hip-hop elements, dramatic visuals and a rapidly changing mood.

Blackpink’s new single comes as the first track of the group’s upcoming full-length album set to drop in September. “How You Like That” is the pre-release single, which will be followed by more “special music” to come next month. Staying true to form, the group released absolutely no details about the album or the next track during the press conference.


The group also did not fully elaborate on how they spent the last year and two months since the 2019 hit “Kill This Love” came out on April 5, but did say that they have been "working and resting to keep healthy."

"Because this will be our first full-length album, it took us a while to prepare for it," Jennie said. "This pre-single will be like an appetizer and we also took part thinking we wanted to try out diverse genres. So we had fun preparing for it and we also look forward to how we are going to develop." 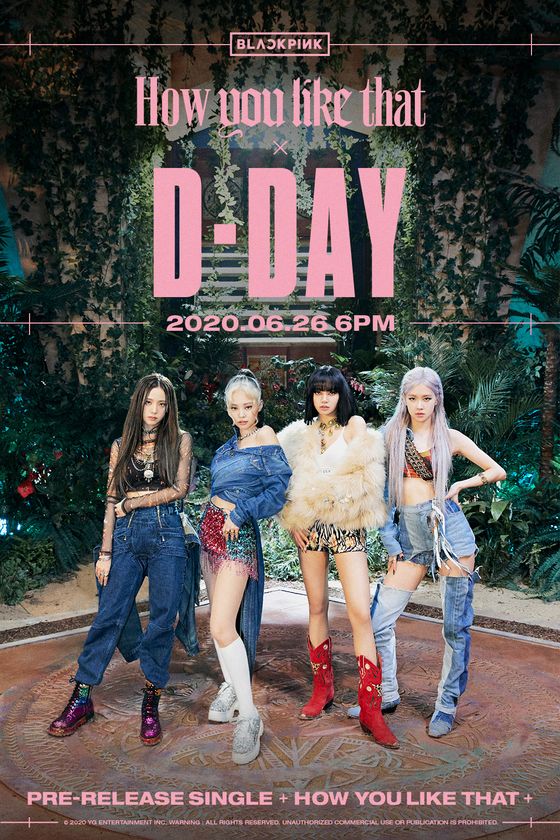 Blackpink's new single "How You Like That" will be released Friday at 6 p.m. [YG ENTERTAINMENT]

Before "How You Like That," the quartet took part in pop star Lady Gaga’s album "Chromatica," joining her on the track “Sour Candy,” which debuted at No. 33 of Billboard’s Hot 100 chart as well as at No. 17 on the British Official Chart’s Top 40 Singles Chart.

The members first couldn't "believe it" when Lady Gaga asked them to collaborate, but said it was one of the most meaningful experiences they've had.

"I think collaborators give good influences to each other," said Jisoo. "We get to explore new sides of ourselves through musical interaction, and it's a good chance for us to be inspired. We always want to show new sides and it's an honor that others would want to collaborate with us too."

Blackpink's music has garnered attention from fans across the globe, with their music videos hitting hundreds of millions of views on YouTube and tracks appearing high up on global music charts. But for them, they say that what's most important is that their fans enjoy the music.

"We are excited to see how the fans will find this song, rather than about setting new records," said Lisa.