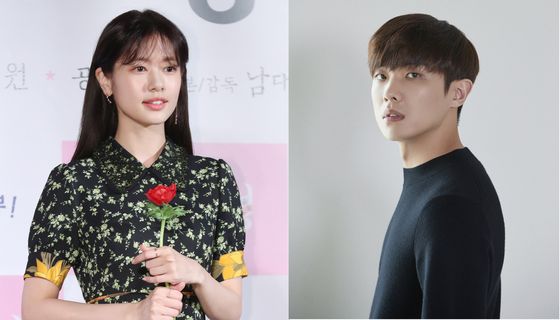 Actors Jung So-min, left, and Lee Joon are no longer together, their agencies confirmed on Friday. [ILGAN SPORTS, PRAIN TPC]


Celebrity couple Lee Joon and Jung So-min are no longer together, their agencies Prain TPC and Blossom Entertainment confirmed Friday.

“They have recently broken up,” the agencies said. “They’ll remain good colleagues.”

The duo first met through KBS drama series “My Father is Strange” in 2017 and portrayed a couple in the show, which developed into a real relationship later.

According to local media reports, their close acquaintances say that the couple has been spending time apart due to their busy schedules.

Lee is deliberating on featuring in upcoming Netflix original series “The Silent Sea,” for which actor Jung Woo-sung is an executive producer and veteran actors such as Gong Yoo and Bae Du-na will star. The film is a sci-fi thriller set in a precarious future where the Earth is running out of water.

Jung recently wrapped up KBS drama series “Soul Mechanic,” where she featured as a musical actor with anger management issues.

[CELEB] Jeon So-min has a lot of roles to juggle