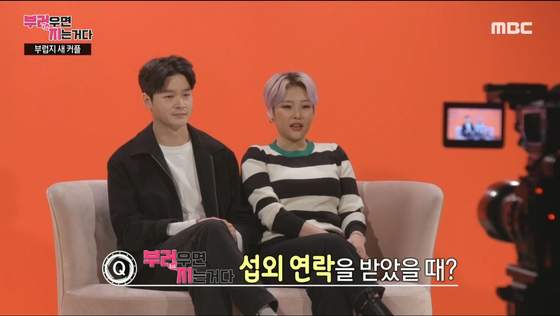 
Rapper Cheetah and actor and director Nam Yeon-woo have broken up, according to local reports on Thursday.

The couple made their relationship public in 2018. They are known to have gotten close while working on director Nam’s film “Jazzy Misfits” in which the rapper took the lead role.

They also appeared together on couple reality show “Don’t Be Jealous” on MBC last year.

Cheetah received recognition through Mnet’s hip-hop survival show “Unpretty Rapstar” in 2015 and appeared on various music shows such as “Tribe of Hip Hop” (2016) on JTBC and “Good Girl” on Mnet. She’s currently reported to be working on a new album.