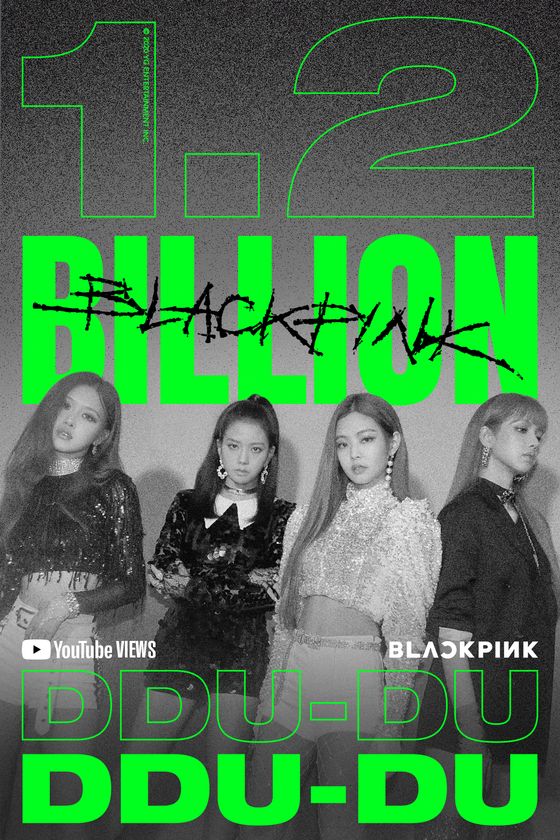 Girl group Blackpink has set a new K-pop record as a group, with the music video of its song ”Ddu-Du Ddu-Du” eclipsing 1.2 billion views on YouTube.

The video was released about two years ago, and has been viewed more than 100 million times in the past three months. It made local headlines upon reaching 1.1 billion views on YouTube.

The song may be back in the spotlight thanks to the group’s newly released song “How You Like That,” which has quickly climbed overseas music charts since its June 26 release.

"How You Like That" reached the No. 1 spot on iTunes in more than 60 countries, according to the band's agency, YG Entertainment, as well as charts in China and elsewhere. It has also climbed high on charts in the United States, including the BillBoard 200 and Hot 100, as well as Spotify.