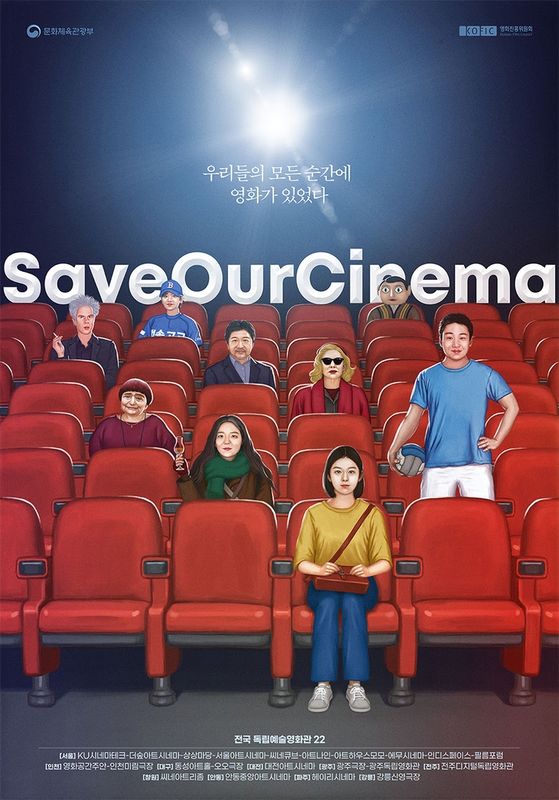 "Save Our Cinema" poster released by 22 independent theaters nationwide on Monday. [MINISTRY OF CULTURE, SPORTS AND TOURISM]


In the midst of the “#SaveOurCinema” campaign, a group effort by the local film industry to save struggling independent theaters, local cinemas are preparing to greet audiences from next month.


A poster released on Monday by an independent film association consisting of 22 theaters nationwide, features illustrations of characters from local films “Baseball Girl” (2020), “The House of Hummingbird” (2019), “The King of Jokgu” (2014), “Microhabitat” (2018) and foreign films “Carol” (2016), “Frank” (2014) and French director Agnès Varda sitting in a cinema.

The association is planning to release a campaign trailer and videos, directed by a series of independent filmmakers, to attract audience members to fill up deserted cinemas.

Government-funded 6,000 won discounts offered at multiplex theaters in June will shift to the indie theaters from July 1. Moviegoers can see the films at discounted prices in 22 theaters nationwide, including 10 in Seoul.