For the first time ever, more than half of the country will live in the capital. Unless measures are taken to improve the quality of life outside of Seoul, the trend is seen continuing.

Last year, 64,000 moved to the city for work. Education and housing were also reasons for the migration. People who moved out of Seoul did so for family reasons or because of the environment.

According to a Statistics Korea report released on Monday on the population migration over the past 20 years and the outlook for those moves, the move-in number was 476,000 in 2019, and the move-out figure was 393,000 last year, resulting in the net increase of 83,000 in the capital region.

For Seoul, the trend has not always been in its favor.

In 2011, the domestic emigration from the capital area topped domestic immigration to it for the first time. A net 8,000 people left greater Seoul that year. For a number of years, the numbers fluctuated, and then the upward trend reasserted itself in 2017 and continued for three years. 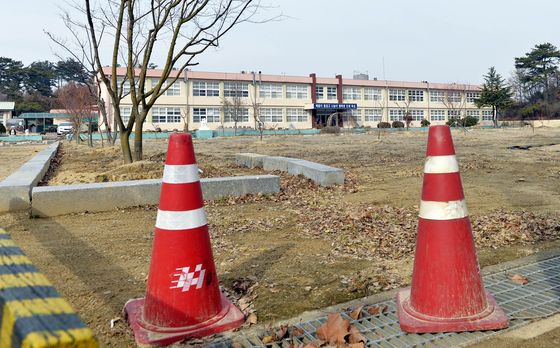 A photograph of Danbuk Elementary School in Uiseong County, North Gyeongsang. The school closed in 2014, one of more than 50 schools to close since 1983 in the county. [YONHAP]


Much of the flip was the result of an end to outward migration driven by the movement of bureaucracies and bureaucrats to the outer regions.

"As the government complexes and public institutions as well as their employees completely moved out of Seoul to provincial regions by 2017, the net inflow went back up,” said Kim Jin, the population trend department chief at Statistics Korea.

Flows to the metropolitan region are likely to continue, since the living conditions in outside regions are not optimal for young people. This suggests other problems will follow.

“The suburban areas are pushing people into the capital, considering that people are even moving out of Busan, the No. 2 city,“ said Cho Young-tae, a professor at Seoul National University’s Graduate School of Public Health. “The higher the population density in the capital area, the lower the fertility rate will be, since problems like skyrocketing housing prices and competition for jobs will arise.”

“If the provincial regions fail to develop high-quality culture infrastructure and secure employment, the polarization of population in the nation will continue,” said Lee Sam-sik, a Hanyang University professor at the Department of Policy Studies.