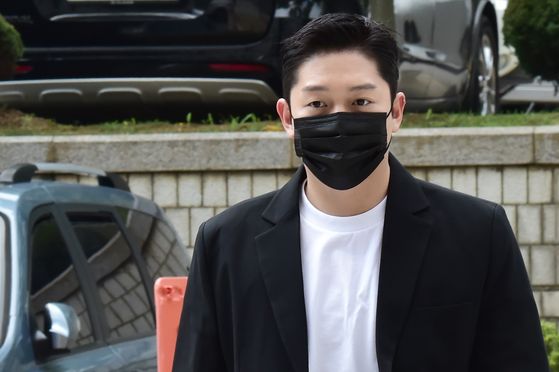 
Choi Jong-bum, the ex-boyfriend of late singer Koo Ha-ra found guilty of assaulting and blackmailing her, has been sentenced to a year in prison by an appeals court on Thursday.

Choi was sentenced to a year and six months in prison suspended for three years in August last year for assaulting the singer and blackmailing her with an intimate video they had taken as a couple. He was found not guilty of making the pornographic video without Koo's consent.

He appealed the decision, but Thursday's ruling mirrored the initial findings.

"In fact, the defendant took advantage of the victim's social status as a celebrity and the severity that the sex video would have had on the victim, and used it against her to threaten her, worsening his crimes," ruled the court.

The case began in September 2018 when Choi first reported Koo to the police on allegations of assault after a fight on Sept. 13, 2018. Koo later pressed assault charges against Choi as well.

The prosecution indicted Choi on charges of assault, blackmail and producing illegal content. It handed down a suspended indictment to Koo.

Koo took her own life in November last year.

A love affair with Pyongyang (KOR)