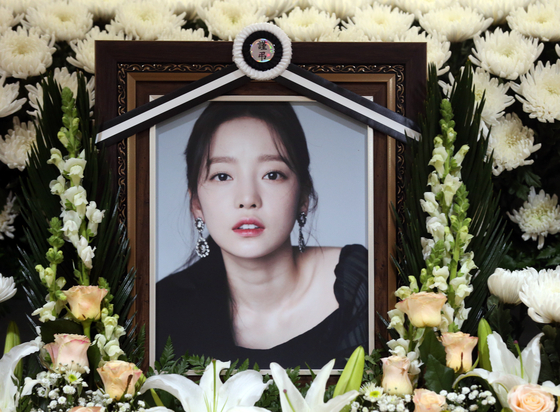 
A safe from the home of late singer Goo Ha-ra has been reported as stolen. Her home has been empty since her passing in November last year.

According to a legal representative of the late singer’s brother and the police on Monday, someone entered the home in Gangnam District, southern Seoul, in January and took the safe.

Details on what the safe contains were not released.

The legal representative said that no one noticed the safe was gone until late April as the residence is empty, and it was reported to police in May.

Some media outlets have reported that the safe contained documents and old cell phones that belonged to Goo.

CCTV footage released by online media outlet Dispatch showed two men entering the home by climbing over a wall and unsuccessfully entering a passcode into the door, which didn't open.