FOREST: WALK IN THE FOREST
July 18: Seo Eun-kwang, a member of the K-pop boy band BtoB, will hold an online concert.

Seo, the leader and vocalist of BtoB, recently released his first solo album entitled “FoRest: Entrance,” which has seven tracks.

He debuted on the music scene in 2012 as a member of BtoB and recently completed his mandatory military service. Apart from resuming his music career, Seo is slated to appear in the upcoming musical “Something Rotten!”

Subtitles will be provided in English, Japanese and Chinese. The concert is available through a URL provided by the organizer of the concert.

In order to make opera more accessible to those who are new to the genre, the organizer of the concert said traditional opera singers and crossover musicians will perform together.


MARIE CURIE
Hongik Daehangno Art Center, Grand Theater
July 30 – Sept. 27: In contrast to the many male-oriented local musicals, the original musical “Marie Curie” touches upon the story of Marie Curie, the first female physicist and chemist to win the Nobel Prize in 1903. She won her second Nobel Prize in 1911. 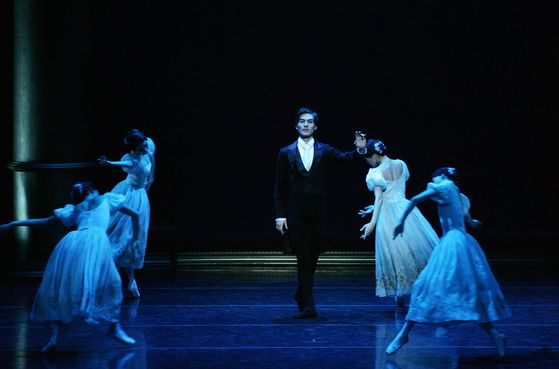 “Onegin” premiered on home soil in 2009 by Universal Ballet Company.

Unlike other famous ballet pieces such as “Swan Lake” and “The Sleeping Beauty” with fairy-tale love stories, “Onegin” depicts the realistic and entangled relationship between a man and a woman.

In order to maximize the emotions of the protagonists, Cranko reportedly used repetitive jumps and lifts throughout the performance.

BARE: THE MUSICAL
Doosan Art Center, Yonkang Hall
Through Aug. 23: Against the backdrop of a highly conservative Catholic boarding school, this coming-of-age rock musical revolves around the relationship between two teenage boys Peter and Jason. The two are in love. Peter wants to come out of the closet and wants to see their relationship become official, but Jason disagrees, fearing he will lose everything.

Meanwhile, an audition opens among students for the upcoming theatrical performance “Romeo and Juliet” and Jason is cast as Romeo while Ivy, a mutual friend of Peter and Jason, lands the role of Juliet.

Rehearsals begin and Ivy becomes entangled in the relationship between the two teenage boys.

Jason and Peter's relationship enters a new phase, too. When Jason decides he wants to break up with Peter, their relationship begins to deteriorate. The musical sheds light on the growing pains of teenagers.

The story is based on a book written by Jon Hartmere.

The musical is rated for those who are 15 or over. 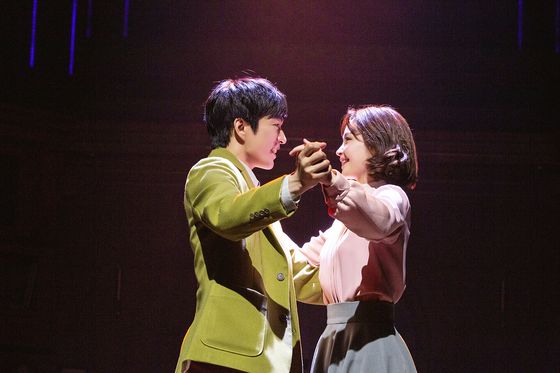 MAYBE HAPPY ENDING
Yes 24 Stage
Through Sept. 13: Set in the late 21st century in Seoul, the original musical “Maybe Happy Ending” revolves around Oliver and Claire, which are obsolete helper robots abandoned by their human masters.