With the country seeing daily cases of the coronavirus in three-digit figures, stricter social distancing measures were enforced nationwide as of Aug. 30. Therefore, many scheduled concerts and performances were called off in accordance with the new guidelines.

Singer-songwriter Kim Jang-hoon’s concert, which was scheduled from Sept. 11 to 13 at Gurumare Theater in central Seoul, was canceled.

“Disney in Concert,” an open-air concert for family visitors, was called off, too. The concert, in which original soundtracks of Disney animated feature films are played by an orchestra, was scheduled to take place on Sept. 26 at Olympic Park, southern Seoul.

The organizer of the musical “Jamie” announced on Monday that its scheduled performance in Busan from Sept. 25 to 27 has been canceled. The production team was planning to head down to the port city after wrapping up its performance in Seoul.

LG Arts Center postponed some of its shows scheduled for September and into next year. The shows include young choreographer Kim Jae-duk’s two signature pieces, “Sinawi" and “Darkness Poomba,” which was set for Sept. 17 and 18.

Meanwhile, Credia, the organizer of Clara-Jumi Kang and Son Yeol-eum’s duo recital, said it decided to proceed with the performance without an audience for the safety of all involved. The recital will be livestreamed on Credia’s YouTube channel on Sept. 4 from 7:50 p.m.


Through Sept. 13: Set in the late 21st century in Seoul, the original musical “Maybe Happy Ending” revolves around Oliver and Claire, which are obsolete helper robots abandoned by their human masters. 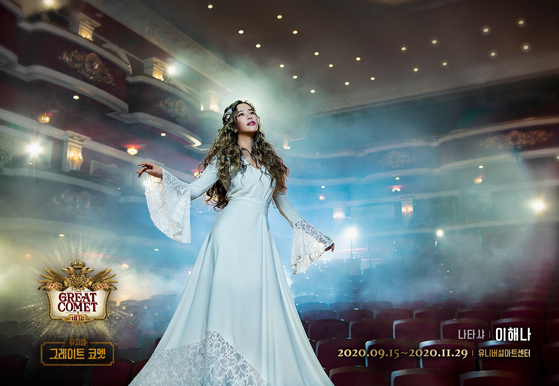 Written by Dave Malloy, one of the most promising composers and playwrights in the American show business scene, the musical is based on a segment from Leo Tolstoy’s 1869 novel “War and Peace.”

Unlike other musicals, which mix spoken dialogue and music scores, “The Great Comet” relies entirely on musical numbers.
The musical follows the life and love of three protagonists — Pierre, Natasha and Anatole.

Musical star Hong Kwang-ho is double cast for the role of Pierre along with K-pop singer K. Will. The two reportedly will play accordion and piano on the stage to depict Pierre, who is an affluent young man but always feels empty inside.

The musical starts at 8 p.m. on weekdays. Two shows are available at 2 p.m. and 6:30 p.m. on weekends and national holidays. There are no shows on Mondays.


Oct. 9 – 11: The three-day jazz festival will be held at Seoul Forest Park. The festival has announced the lineup for the concert which includes singer-songwriter Hareem, jazz trio Yun Seok Cheol Trio and 10-member band South Carnival. 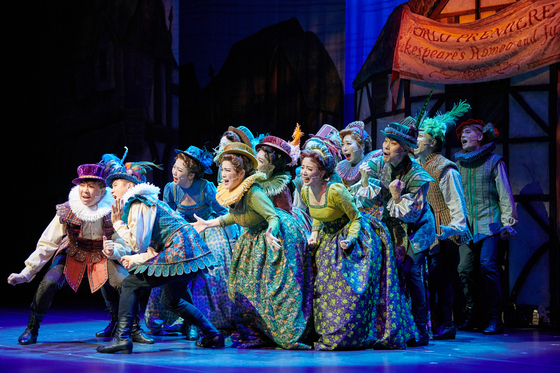 Set in the Renaissance period, comedy musical ’Something Rotten!“ portrays a journey of two brothers who endeavor to write their own masterpiece to outdo their archrival William Shakespeare. [M THEATER]

Premiered in 2014 on Broadway, the musical was acclaimed by critics and audiences alike upon its release. 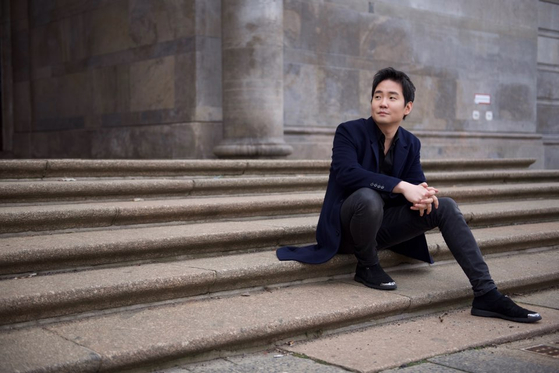 Acclaimed pianist Lim Dong-hyek will hold a piano recital with the subtitle of ’To Beethoven“ in November in Seoul. [WARNER CLASSIC]


Nov. 6: Acclaimed pianist Lim Dong-hyek will play Ludwig van Beethoven’s masterpieces. The subtitle of the recital is “To Beethoven.”