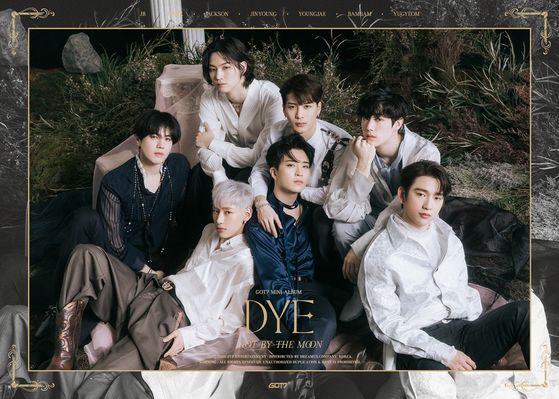 
Fans of boy band GOT7 released a statement Wednesday demanding better treatment for both the band and its international followers by its agency JYP Entertainment, saying that GOT7 had not been receiving "the same managerial or promotional considerations given to other JYP groups."

According to a coalition of international members of fan club IGOT7, or Agase in Korean, it has been filing complaints to JYP Entertainment about the issues for the past four years.

The coalition cited a survey it conducted on some 11,000 fans from 13 different countries, and demanded that the agency provides: the safety and security of the GOT7 members; English translations and subtitles for all official GOT7 content; timely and accurate announcements regarding the band's schedules; active domestic promotions; and a prolonged period of promotions.

The coalition received $4,000 in funds from the fans to hire a truck, which is parked near Olympic Park, southern Seoul, and is playing a video that highlights the fans' concerns. The truck began the protest on July 6 and will continue to play the video until July 10.

"With GOT7 members continuing to suffer from sasaeng harassment as recently as last week and a GOT7 comeback rumored for later this year, we can no longer simply protest JYP Entertainment’s inaction as netizens," said the statement, referring to how member Youngjae posted a plea on his Instagram to ask sasaeng, or overzealous fans who infringe on celebrities' privacy, to stop following him around.

"The international demand for GOT7 merits attention for the concerns of their fans […] We respectfully instruct JYP Entertainment to review our statement and to make changes accordingly."

GOT7 released its EP "DYE" in April and stormed charts with its lead track, "Not By The Moon" immediately after its release.