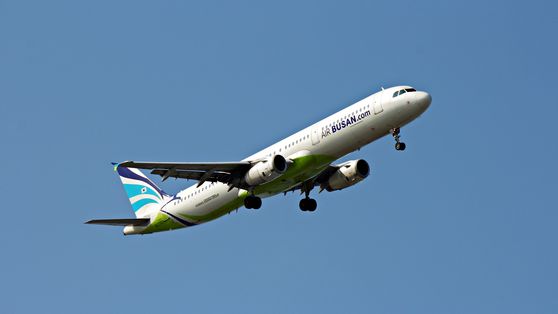 An aircraft of Air Busan flies in the sky. The budget carrier starts flights to Shenzhen, a coastal city in the south of Guangdong Province in China, on July 17. [AIR BUNSAN]


Airlines are resuming flights to China as Beijing eases regulations on travel restrictions that followed the Covid-19 outbreak.

It is the first overseas route to come back since the airline shut down its overseas operations on March 9.

The airline will fly from Incheon to Shenzhen every Friday, taking off at 8:50 a.m. It will depart from Shenzhen the same day at 12:50 p.m.

“Under the guidelines of Chinese aviation authorities, [Air Busan] is considering increasing the flight to twice a week,” said an airline spokesperson in a statement.

The airline is planning to restart flights to Ningbo on China’s eastern coastline in Zhejiang Province next month.

The carrier said it received a green light from Chinese authorities to resume the route on Monday.

Asiana currently flies to Changchun, the capital of Jilin Province, every Tuesday, leaving Incheon at 8:45 a.m. and returning from Changchun at 11:55 a.m.

The flights to Nanjing can’t be booked online. Reservations must be made on the phone.

Han Jae-min, a spokesperson for the airline, said the Incheon-Nanjing flights are mostly full.

Jin Air has asked Chinese authorities to allow operations on a route from Jeju Island to Xi’an in central-northwest China.

“We’re waiting for a response,” said Kim Tae-jun, a spokesperson for Jin Air.