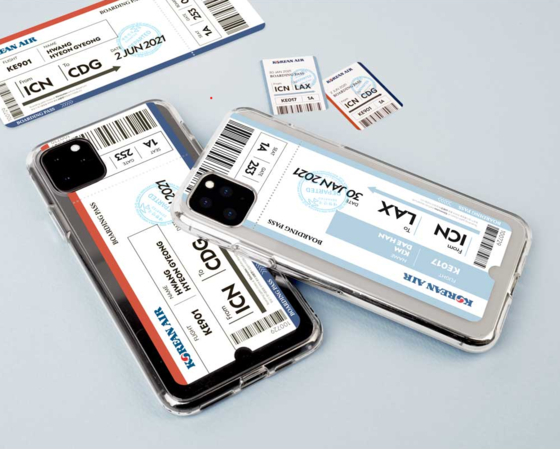 
Airlines are getting more into merchandising, not so much to make money, they insist, but to make sure people don’t forget about them.

Airline goods like model airplanes used to be popular among avid airline fans, but the movement has spread to the general public as people miss traveling, said an airline spokesperson.

Earlier this month, Korean Air Lines started selling the customized smartphone cases, where customers can add the arrival date, destination and their name.

It takes around 10 days to make the customized phone case, “but due to the flood of orders, it could take longer,” according to the Korean Air Lines website.

The airline already generated a buzz in January with a name tag made from the skin of the actual B777 aircraft. Each name tag has a unique number, color and shape. Only 4,000 pieces were sold, and they sold out in a day and are being traded on online second-hand shops at a much higher price. 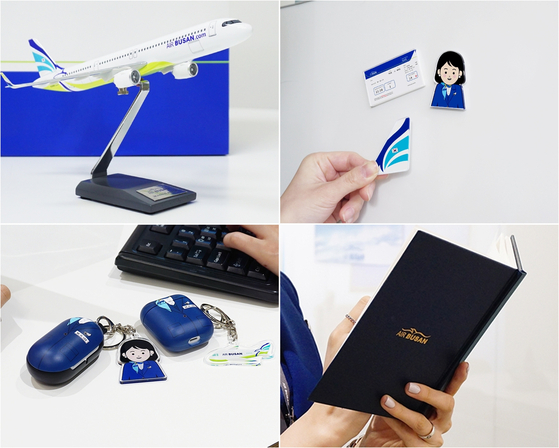 
Air Seoul, a budget carrier, sold key rings shaped like an employee name card. The limited number of key rings were sold in February and March, but they both sold out in two days. The airline plans to start selling more of the key rings in June at the earliest.
Air Busan just opened an online shop dedicated to selling goods on Tuesday.

It sells goods like air pods, stickers and a magnet that features the carrier’s uniforms.

“Reason behind the launch of the goods shop is not necessarily to raise profit but to strengthen the branding,” said Park Jin-woo, a spokesperson for Air Busan. “Opening a new route was a major marketing event for an airline. But that’s not possible at this point. So through goods marketing, airlines are currently working on becoming a more preferred airline that travelers like in preparation for the post Covid-19 era.” 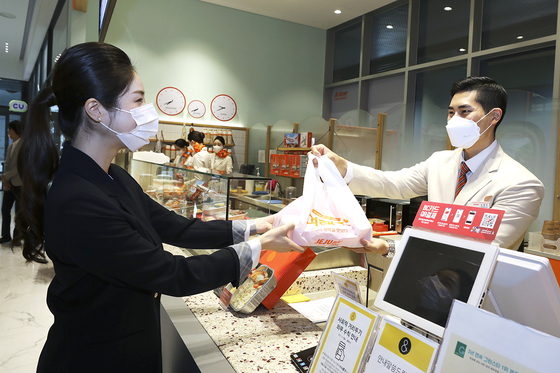 
Other airlines are focused on inflight meals, which many regard as a fun part of flying.

The “Jejuair on the table,” which opened on April 29, will be open for three months through July 28.

Bulgogi bowls and pork belly with rice are among the four meals being offered at around 10,000 won.

Jin Air, another budget carrier, sold 10,000 home meal replacements shaped like an inflight meal in the first month they were offered. Its meals include cream pasta and beef goulash pasta. In March, steak was added.

“These inflight meals seem to be well-received as people try to recall the feeling of traveling,” said Yoo Soo-young, a spokesperson for Jin Air. “Some travel lovers said they watch travel videos while eating the inflight meals to reminisce.”