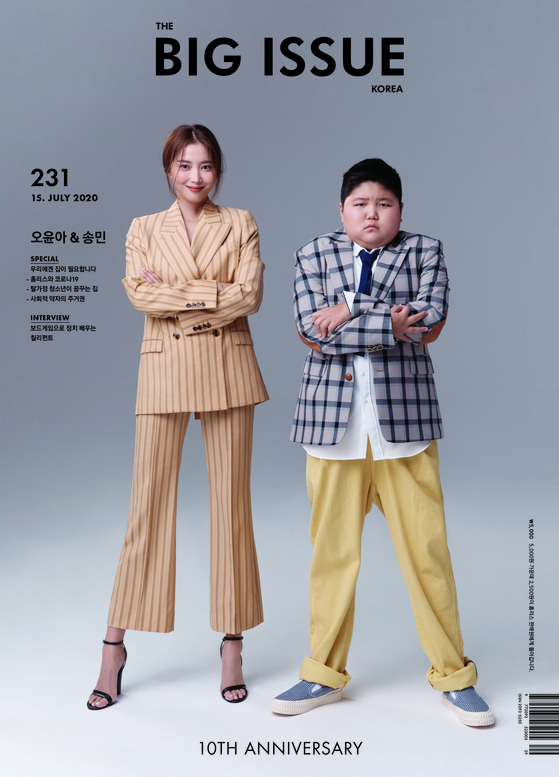 Actor Oh Yoon-ah modeled for the front cover of The Big Issue magazine with her son Song Min to raise awareness about autism, her agency Polaris Entertainment said on Wednesday.

Oh recently revealed her daily life with her 12-year-old son who has autism in MBN’s entertainment show “Modern Family” and moved viewers with her unconditional love for her son as a single mother.

In the interview with The Big Issue, Oh said she and her son appeared in “Modern Family” in hopes that people would view children with autism in a friendlier way.

The Big Issue magazine, an entertainment magazine whose proceeds go to the homeless community, released Oh's issue on Wednesday.