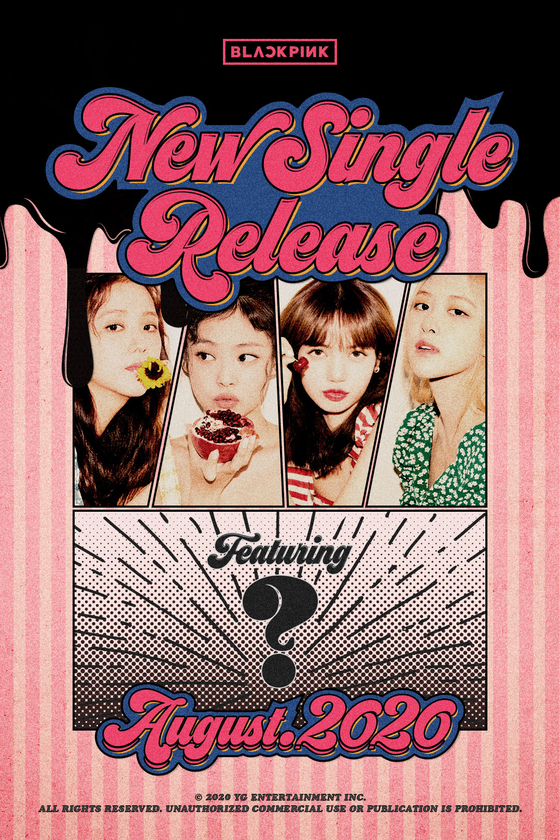 
Girl group Blackpink will release the second single off of its upcoming full-length album next month, following the record-breaking success the group has had with “How You Like That” since its release in late June.

The group’s agency YG Entertainment announced on Thursday that the group’s new track will drop in August, with a teaser poster posted through its social media accounts.

But the poster also featured an artist hidden with a question mark, “alluding to an astounding collaboration, as Blackpink has already collaborated with world star Lady Gaga in May,” according to the agency.

The new track will be included on the group’s new full-length album to drop in September, of which “How You Like That” will be the lead track.

“How You Like That” has been breaking record after record since it was released on June 26, topping local and overseas music charts, including the iTunes chart in 64 regions.