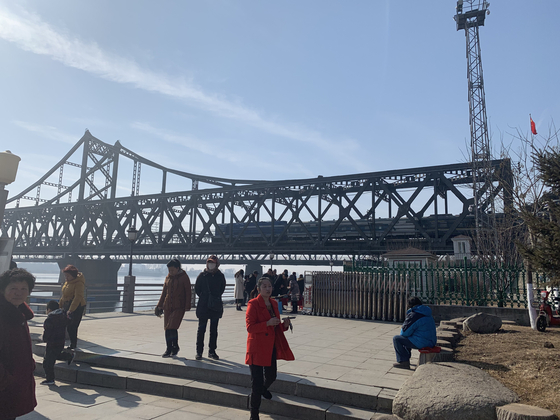 This is the first time that the North’s trade volume increased since 2016, however the rise can be mainly attributed to the base effect from the dramatic decrease seen in 2018.

Due to the coronavirus pandemic’s effect on the North's trade with China, the upward curve is expected to be interrupted this year.

"By the end of 2017, the United Nations imposed sanctions on more items, causing the trade volume in 2018 to halve. Last year's relatively high rate of increase in trade can be seen as the base effect from the cutdown in 2018," said Korea Trade-Investment Promotion Agency (Kotra). 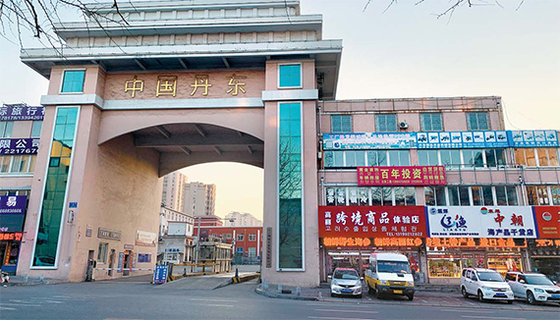 Dandong customs office in Liaoning province, China, which lies on the border with the North. The majority of goods from China pass through the city to the North. [YONHAP]


Since 2014, after the U.N. strengthened sanctions on trade with the North, there have been no official statistics on Beijing's crude oil exports to Pyongyang — however, it is widely believed within the international community that China continues to export crude oil to the isolated regime.

Kotra estimates that China is exporting 500,000 tons of crude oil ($310 million worth) to North Korea every year.

Russia, Vietnam and India followed China in order of largest trade volume with the North, accounting for the remaining 5 percent between them.

U.N. sanctions in September 2017 banned the sale of natural gas liquids to North Korea and prohibited the North from exporting textiles. It also prohibited member nations from issuing work visas to North Koreans. The resolution came a week after a nuclear test by Pyongyang.

North Korea’s biggest exports were watches and watch parts, which rose by 57.9 percent after a whopping 1,533.7 percent jump in 2018. Exports of artificial fur products went up by 40.9 percent.

The biggest imports were crude oil and mineral oil, taking up 11.7 percent, the same amount as the previous year. Grain imports surged 242 percent, suggesting food insecurity in the country.

“North Korea’s international exchanges last year did not show much change from 2018, with China’s disproportionate quota and an increase in the exports and imports of light industry products,” said Kotra. "The exchange between China and North Korea dropped by a large amount because of the coronavirus pandemic, so an upward trend in the North's trade seems unlikely."

When will world heed the KTC? (KOR)